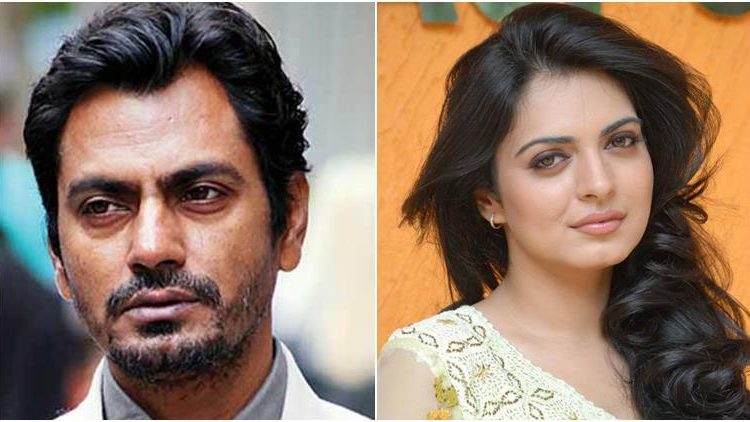 Former Femina Miss India beauty pageant winner and actor Niharika Singh is the latest to speak up in the #MeToo movement which has been gaining momentum in India since October 2018. The movement was first started by US based law student Raya Sarkar last year but has exploded in the country now, with several prominent women in the cinema and media fields speaking up about the abuse they’ve suffered in the hands of powerful perpetrators.
Niharika, in her statement, has talked about how award winning actor Nawazuddin Siddiqui coerced her into a relationship which later turned abusive. Niharika also alleges that when she broke it off with Nawazuddin later and did not reciprocate to his multiple attempts to initiate a physical relationship once again, the actor spread stories about her to ensure that she wouldn’t get work.
She writes:
“In 2013, Nawaz was offered a film by Buddhadeb Dasgupta titled ‘Anwar ka ajab kissa’ and he called me to ask me if I would do a small role in that film. I would only be required to shoot for 3 days. I gladly agreed and went to Shimultata where the shoot was scheduled. He tried to re-engage me sexually, begging me to be with him but I refused, saying I was happy to be his friend and nothing else. After coming back from the shoot, I didn’t take his calls and maintained my distance.
“I met Nawaz again in 2014 at the ‘Miss Lovely’ India release. This time he came in a SUV, with an entourage as the ‘star’ of the film. He was constantly throwing tantrums, upset with the way the promotions were being handled. He complained that the director should’ve just made a painting at home if he didn’t care much about box-office. He was very awkward around me so I tried to overcompensate by praising him in media interactions and indulged him to make him feel secure. One evening, after a promotional event in Ahmedabad, he tried to grab me again. I just walked away. “‘Anwar ka ajab kissa’ didn’t get a theatrical release and I heard from various sources that Nawaz had started telling people that I was a terrible actress. I didn’t get too many film offers after that.”
Niharika has also discussed the abuse that is normalised in professions like modeling and acting. Producer Bhushan Kumar, the chairman and Managing Director of T-Series, allegedly sent her a suggestive text and when she responded making her disinterest clear, she says he did not try again. However, he lost interest in the film, in which Niharika was co-starring with Himesh Reshammiya, that he was supposed to produce.
“The film took years to make and Bhushan pulled the finance once Reshammiya’s films proved duds at the box office. I was compelled to shoot a couple of songs without director John Matthew Mathan’s involvement just to quickly wrap up the film. I was neither paid nor called for the dubbing. The incomplete and incohesive final cut was sold straight to a TV channel, with another woman’s voice. The cast and crew were never informed.”
In her statement, Niharika has spoken about growing up in a home where everyday violence was normalised. She also speaks of her Dalit identity and how one’s caste background, economic conditions and political affiliations determined the extent of abuse that a person went through.
Calling out Penguin Random House for publishing Nawazuddin Siddiqui’s controversial biography which was later withdrawn because of allegations that it was untruthful, Niharika says that the publishing house did not take any responsibility for the book and its aftermath.
“In 2017, Nawazuddin Siddiqui wrote a memoir called ‘An ordinary life’, with writer Rituparna Chatterjee, which was published by Penguin Random House. Under the title ‘Relationships’, he wrote a completely fabricated account of our relationship without my knowledge or consent. Before the book launch, publicists leaked sensational excerpts to garner interest in the book. A senior theatre and television actress Sunita Rajwar who had known Nawaz since her NSD days confirmed his ‘extraordinary lies’ and filed a case. He offered a token social media apology withdrawing the book. I ordered the book online a week later and it was delivered to my house. Director Anurag Kashyap, Nawaz’s mentor and close collaborator who chose to turn a blind eye towards sexual harassment within his own company, continues to support Nawaz and his story. Writer Rituparna Chatterjee with her completely unethical, defamatory and poorly researched book is not apologetic either.”
Niharika goes on to talk about how the media chose to sensationalise Nawazuddin’s fabricated account about his relationship with her while Penguin Random House remained silent.
Slamming feminists who come from privileged backgrounds and protect predators in their own social circles, Niharika says, “Women in power like Nandita Das and Kavita Krishnan have all shown professional and political allegiance with predators and enabled them through their silence or solidarity. Lending their voices to ‘survivors’ of the #Metoo movement now only comes across as fraudulent.” She also points out that unless savarna feminists dismantled the same power structures from which they have benefited, “women in this country will continue to be gaslit, exploited and maligned; their dreams thwarted, voices silenced, bodies assaulted and histories erased.”