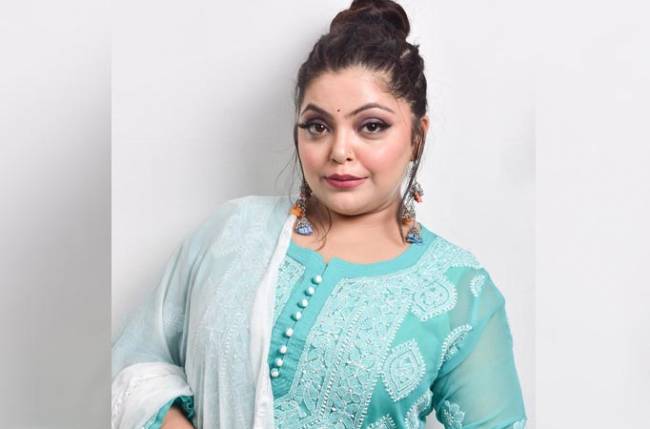 Popular TV actor Divya Bhat nagar of Yeh Yeh Rishta Kya Kehlata Hai fame, who had been diagnosed with COVID-19, died early on Monday at a hospital here following a cardiac arrest, family sources said. She was 36.
The actor was admitted to Seven Hills hospital recently due to COVID-19.
She died after a cardiac arrest. She was admitted to hospital for about seven-eight days ago, a family member told PTI.
Nidhi Uttam, her co-star from Star Plus’ longest-running drama, Yeh Rishta Kya Kehlata Hai said she can’t fathom the demise of her actor friend.
I was keeping a track on her health for the last ten days. I spoke to her mother last evening and she said all the reports were normal but her lung infection was not ok. In the night, we came to know that she is quite critical and soon she passed away around 3-30 am. She shouldn’t have gone so soon, Uttam told PTI.
Bhatnagar had also acted in shows including Udaan , Silsila Pyaar Ka , Sasural Genda Phool , Sawaare Sabke Sapne Preeto , Vish , among others.
Several TV actors took to social media to mourn Bhatnagar’s death.
Her co-star Ridhiema Tiwari from Sasural Genda Phool said despite going through several problems in her personal life Bhatnagar always appeared positive and smiling.
She was a spiritual person and was seeking peace and happiness. It is sad to let go of this beautiful soul. I remember her for her smile and positivity. She had a lot of love for everyone. I spoke to her about 15 days back and she sounded all charged up for her new show, Tiwari told PTI.
Popular TV actor Devoleena Bhattacharjee, who was seen with the late actor in the show Sawaare Sabke Sapne Preeto said Bhatnagar was always around when she needed her the most.
I know life was too hard on you..the pain is intolerable…but I know today you must be in a better place and free from all the sorrows, pains, sadness, cheats, lies I will miss you divu and you also know that I loved you and cared for you, she wrote on Instagram.
She further said she will be deeply missed and remembered.
God bless your soul. And may you find happiness wherever you are now. You will be missed & remembered. I love you @divyabhatnagarofficial. Too soon to be gone my friend… Om shanty, she said. (PTI)