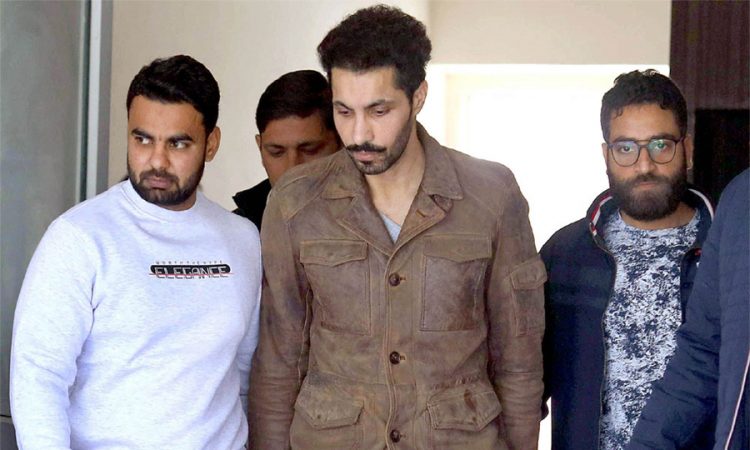 New Delhi, February 9: Actor-activist Deep Sidhu wanted in connection with the Red Fort violence on Republic Day has been arrested by the Delhi Police, officials said on Tuesday.

The arrest was made by a team of Delhi Police’s Special Cell, said Deputy Commissioner of Police (Special Cell) Sanjeev Kumar Yadav.
Later, Yadav told PTI that that Sidhu was arrested from Karnal Bypass at 10.40 pm on Monday, adding that he was wanted in connection with the case of instigating the crowd at the Red Fort on Republic Day.
“The Crime Branch will investigate his role in detail,” the DCP said.
Asked where he was hiding after the January 26 violence, Yadav said the investigation is in an initial stage.
The police had announced a cash reward of Rs 1 lakh for information leading to Sidhu’s arrest.
After the Republic Day 26 violence that had left over 500 security personnel injured and one protestor dead, Sidhu was posting videos on social media.
“Sidhu was in contact with a woman friend who lives in California. He used to make videos and send it to her, and she used to upload them on his Facebook account,” police sources said.
Sidhu kept changing his locations to evade arrest, they said.
On January 26, thousands of protesting farmers who reached ITO from the Ghazipur border clashed with the police. Many of them driving tractors reached the Red Fort and entered the monument, where a religious flag was also hoisted.
In the FIR registered in connection with the Red Fort violence, police said two magazines with 20 live cartridges were snatched from two constables by protestors who also damaged vehicles and robbed anti-riot gear.

“The mob later hoisted different flags there. They also started creating nuisance on the rampart. The unruly mob was asked to come downstairs. They went to Meena Bazar area to enter the into Red Fort. When the police tried to take them out of Lahore Gate, the mob became violent and attacked personnel. The mob thrashed the police personnel and threw them in the wells,” police had said in the FIR.
“They damaged a bus, a government gypsy and other vehicles. The mob robbed the anti-riots gears — cane stick, shields, body protectors, helmets etc from the police personnel,” it had also said. (PTI)