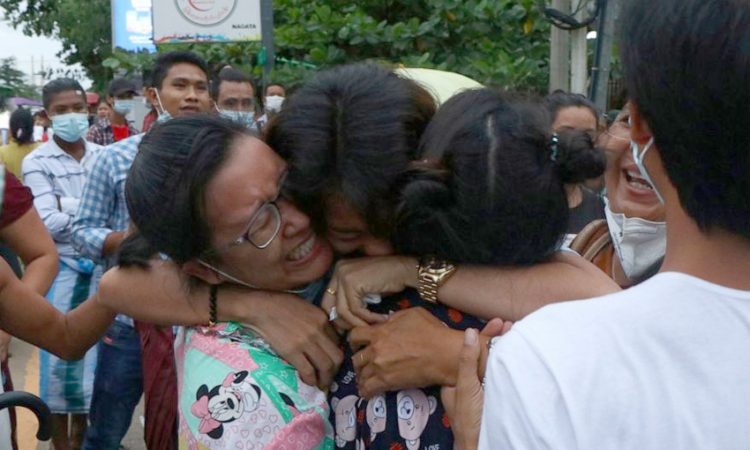 Bangkok, June 30: Myanmar’s government began releasing about 2,300 prisoners on Wednesday, including activists who were detained for protesting against the military’s seizure of power in February and journalists who reported on the protests, officials said.

Buses took prisoners out of Yangon’s Insein Prison, where friends and families of detainees had waited since morning for the announced releases.
Zaw Zaw, head of the Yangon Region’s Prison Department, confirmed that more than 720 people were released from the prison, which for decades has been the main facility for political prisoners. It appeared that not all activists and journalists were freed.
Deputy Information Minister Maj-Gen Zaw Min Tun earlier said that about 2,300 prisoners would be released nationwide. He told China’s Xinhua news agency that the released detainees were those are who took part in the protests but did not take part in the violence, who did not commit crimes and did not lead the riots.
Lawyers and friends of some detained activists and journalists confirmed their release.
The Assistance Association for Political Prisoner said Tuesday that 5,224 people were under detention in connection with the protests against the military’s seizure of power. The group keeps detailed tallies of arrests and casualties linked to the nation’s political conflict. (AP)