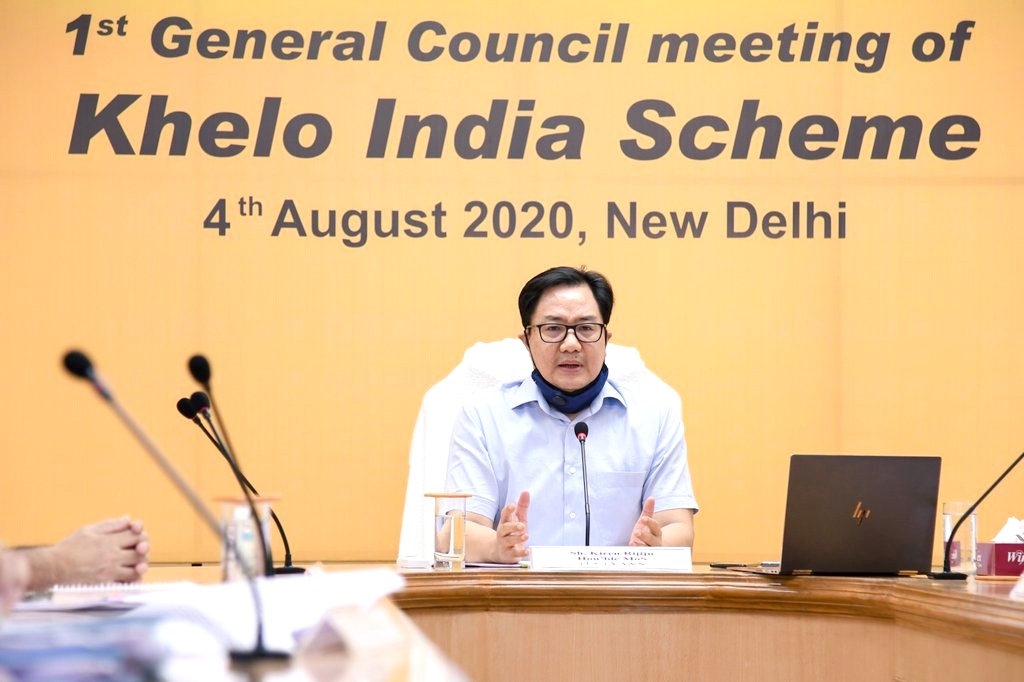 NEW DELHI, August 4: Sports Minister Kiren Rijiju on Tuesday asked the states to actively organise the Khelo India Games for identifying a larger pool of talent from the grassroots level.
“The annual competitions being organised at the national level under the Khelo India Scheme, like the Khelo India Youth Games and University Games, have helped to identify sporting talent from all states. However, that is not enough.
“States that already conduct annual sporting competitions can align with the Khelo India Scheme and the Centre will support them in conducting these events,” Rijiju said during the first General Council meeting of the Khelo India Scheme.
The meeting chaired by Rijiju was also attended by Sports Secretary Ravi Mital, Director General, Sports Authority of India Sandip Pradhan and other senior officials of the sports ministry.
“To make India a sporting superpower, we need to identify talent as young as 5-10 years old and groom them to be future champions. It takes at least 8 years to groom an athlete for the Olympics, and if we identify talent at a later stage, then their chances of making it to the Olympic podium are limited,” the minister said.
The Sports Minister emphasised on the five zonal talent scouting committees that are being planned for east, west, north, south and north east India.
“Identified talent can then be trained at state government or SAI centers. We need inputs from the state governments in identifying talent,” Rijiju said.
The minister also stressed on the need for states to identify on priority their best sporting infrastructure for the Khelo India State Centre of Excellence (KISCE). “We have already identified 8 states where KISCE will be set up. The Sports Ministry has also received proposals from 13 states, which are being finalised.
“The KISCE is a great opportunity for states to have a state-of-the-art infrastructure in training senior athletes from all over the country in select sports and excelling in them,” he said.
“The Centre is ready to fund and support the states in this, and therefore, I urge every state to urgently identify the infrastructure that they would like to earmark for KISCE.” (PTI)