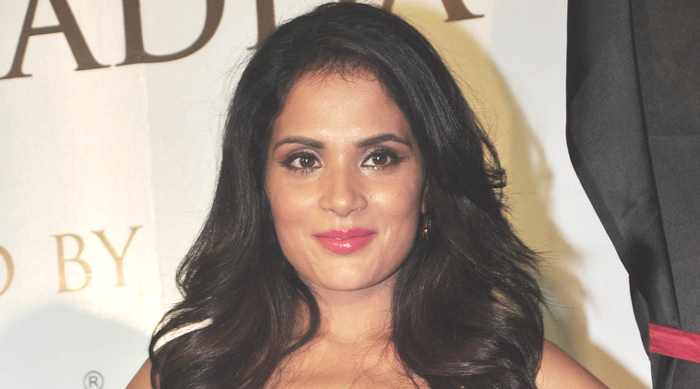 Actress Richa Chadha will next be seen in the thriller Section 375 directed by Aditya Bahl. The actress who was recently present at the trailer launch of the film along with the director and her co-stars was asked about her views on providing sex education in school.
Answering the question she said that it is very wrong at the very base level when the absence of sex education leads to young boys and girls turning towards pornography in order to learn about it. She also said that at a time when data is freely available, cases of juveniles committing rape and upload the videos online are heard. She further added that if parents feel uncomfortable talking about it at home, it should be discussed at school in order to improve the overall upbringing of young kids.
Richa plays a public prosecutor fighting to get justice for her client who claims she has been raped by a movie director (Rahul Bhatt), who is being defended by Akshaye Khanna’s character.
Akshaye Khanna who plays a criminal lawyer while talking about the film said, “When you watch the film, I am sure you will recognise that the director has made this film with a lot of maturity as it is quite nuanced. Whether it is the story or the dialogue, it is very fresh. His take on this particular law, the judicial system and the relationships between the characters is commendable. His extremely high level of writing is what really attracted me to do this film.”
Section 375 is directed by Ajay Bahl and produced by Kumar Mangat Pathak, Abhishek Pathak & SCIPL co-produced by Sanjeev Joshi and Aditya Chowksey. The film revolves around a director played by Rahul Bhat being accused of rape by costume assistant played Meera Chopra.