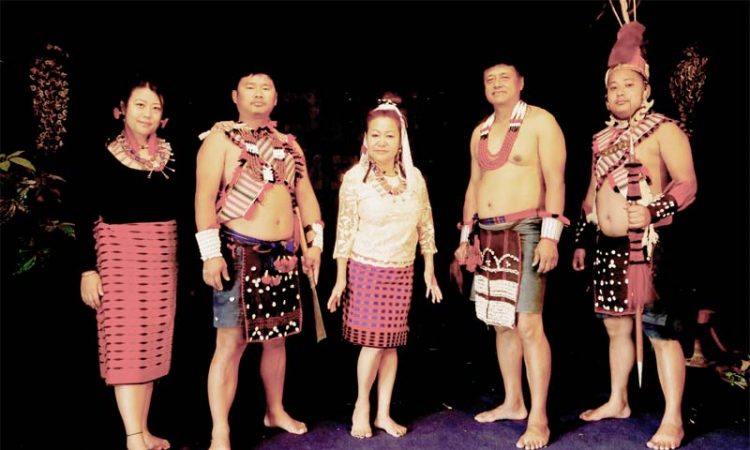 Abiogenesis Theatre Group performed a howey musical drama titled ‘Putu and His Tiger Spirit’, which is a folk era fiction written by the playwright/director Arenla Subong at the GVITA National Theatre Festival at Gubbi in Karnataka on January27.
It is a new form of musical introduced by Arenla, where the songs/dialogues are in English and the tunes are sung in Naga folk tunes.
Putu is a man who has a tiger as his spirit. He is not happy when he learns from his wife about the theft happening in their field. He swings into action. The woman who steals and her boyfriend meet Putu and his wife. The drama builds up and gets more exciting as the two couples confront each other time to time.
The cast were Arenla Subong as Jemti, Moa Subong as Putu, V. Hotovi as Akato, Limatula Longkumer as Amakla and Lipokmeren with dual role as Sendong and the Tiger Spirit. The technicians were Lipokmeren and Kibulong Imsong.
The Festival was organized by Dr. Gubbi Veeranna Trust, Karnataka and sponsored by Sangeet Natak Akademi, Ministry of Culture, Government of India.