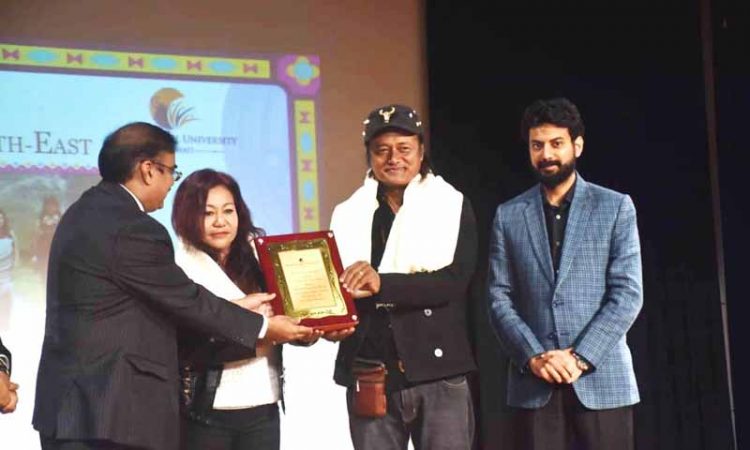 Arenla Subong and Moa Subong of Abiogenesis received the coveted ‘Pride of The North East Award’ from the Vice Chancellor of Royal Global University, Guwahati on 7th February 2020 during the inaugural ceremony of Consensio 2020, a Festival of Dreams, which is held for 3 days annually at the University campus. Vice Chancellor, Srimanta Sankardeva University of Health Sciences, Assam inaugurated the event along with guests of honour, seasoned mountaineer Anshu Jamsenpa of Arunachal, the first Indian woman to scale the Mt. Everest five times and acclaimed singer, composer and music director Tarali Sarma.
The award is conferred to icon(s) of North East who has made an outstanding contribution in their respective field and has an indelible impression across India and abroad. Arenla and Moa performed two of their Howey songs to the delight of the crowd. An eclectic cultural extravaganza of traditional dance performances was showcased by the students of RGU.
Some of the major highlights of the event this year are “Urjaa” involving the business school competitions, “Art Beats” involving fine art events & “Fest-o-Fiesta” consisting of the performing art events. Students from Guwahati , the entire North East region & the rest of India participate, with a footfall of 50,000, making it one of the biggest festival of Northeast.