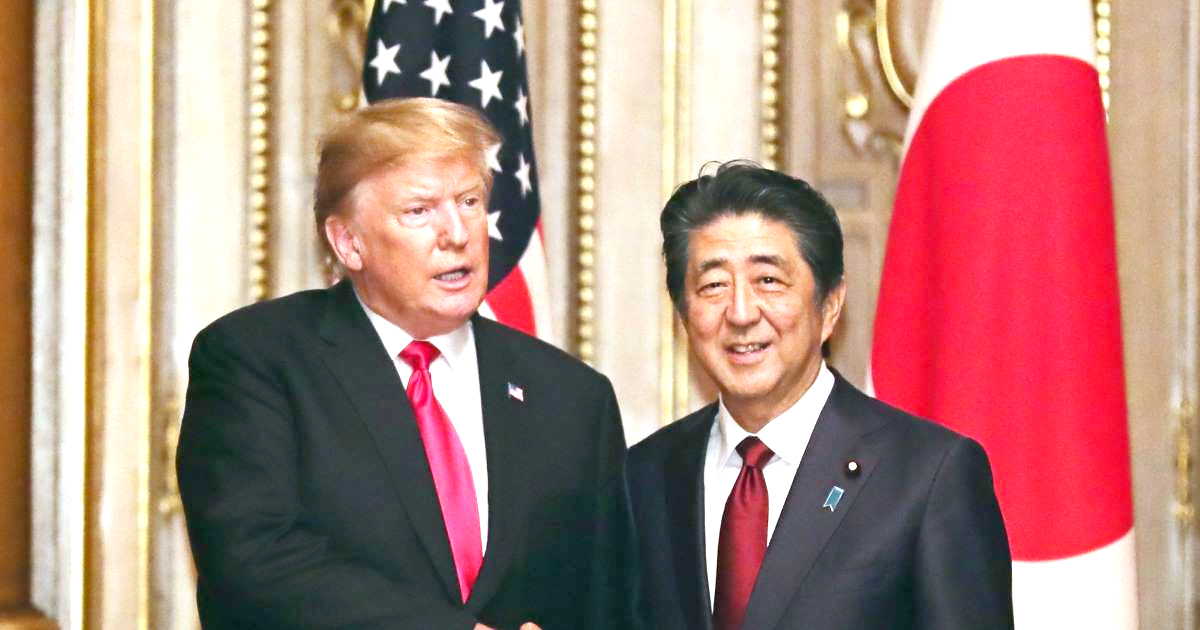 Washington, August 31: US President Donald Trump has hailed Shinzo Abe as the “greatest” prime minister in Japan’s history during a telephonic conversation between the two leaders.
Abe, 65, on Friday announced that he intends to step down because of poor health, his long-running battle with ulcerative colitis, ending a tenure as Japan’s longest-serving prime minister.
President Trump on Sunday night telephoned Abe during which the two leaders spoke at length and reflected on the last four years.
“The two leaders remarked that their relationship is extraordinary; the President called Prime Minister Abe the greatest prime minister in Japan’s history, the White House said in a readout of the call.
This was the first phone call between the two leaders after Abe’s announcement to resign.
“The President said that Prime Minister Abe has done a fantastic job and that the relationship between the United States and Japan is better today than it has ever been,” the White House said.
“Although Prime Minister Abe will be leaving his position soon, the President noted that he will undoubtedly keep playing a big role in the future of Japan,” it said, adding that the leaders said they look forward to continuing their wonderful friendship for years to come.
Abe, whose term ends in September 2021, is expected to stay on until a new party leader is elected and formally approved by Parliament.
On Saturday, Secretary of State Mike Pompeo said the US deeply values the enduring contributions of Abe in making the US-Japan relationship the strongest it has ever been.
“He championed our alliance as a cornerstone of peace and security and he advanced a free and open Indo-Pacific by working with the United States to build a network of partnerships across the region,” Pompeo said.
In a separate statement, Senator Ted Cruz said he is saddened to hear that Abe is resigning due to health reasons.
“In the last eight years, he has countered the Chinese Communist Party’s expanding influence and has been the strongest Japanese prime minister to do so since 1946, the Texas Senator said.
“He has called for Taiwan’s inclusion in international organizations and he has also rebuilt much of the Japanese military, which, thanks to his leadership, is now doing military exercises with our allies Australia and India. Prime Minister Abe has also met with the threat posed by North Korea with strength,” Cruz said.
Abe became Japan’s youngest prime minister in 2006, at age 52, but his first stint abruptly ended a year later because of his health. In December 2012, he returned to power. He is credited with bolstering Japan’s defence role and capability and its security alliance with the US.
Abe on Monday last became Japan’s longest serving prime minister by consecutive days in office, eclipsing the record of Eisaku Sato, his great-uncle, who served 2,798 days from 1964 to 1972. (PTI)