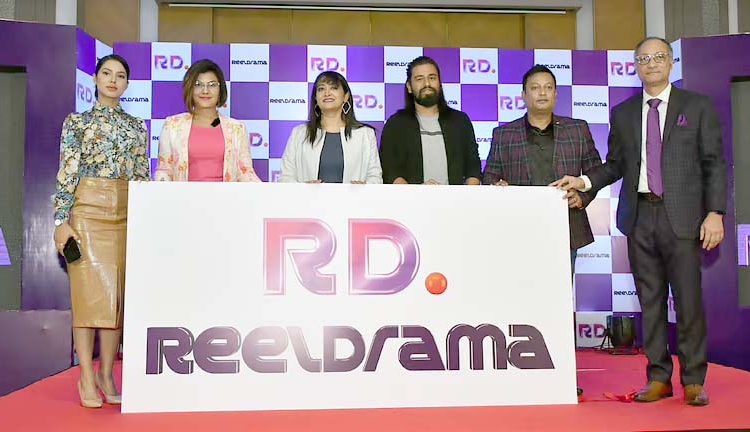 Hyderabad-based Reeldrama Production on Thursday rolled out a new OTT (Over-The-Top) platform for Assamese films, web series and other shows.

At a star-studded launch event in the Assam capital, a host of film and entertainment personalities hoped that the digital media will give a new lease of life to the Assamese movie industry amidst gradual return to normalcy post COVID-19 pandemic.
“COVID-19 hit us badly and the film industry needs something extraordinary. Even my film ‘Ratnakar’ was affected and I had to return advances from various social groups due to lockdown. Now Reeldrama has given us hope of revival,” leading film actor Jatin Bora said.
Film and theatre actor Prastuti Porasor said Assam has less than 100 movie halls and most of the rural people cannot watch films, but now people from even the remotest part will be able to enjoy all the cinema on Reeldrama.
Reeldrama’s content-mix includes contemporary and old movies, short films, web series in various genres, theatres, wide range of shows of music, comedy, poetry, cookery and devotion.
It also offers a dedicated kid’s zone that contains animated moral stories and grandma tales, besides masterclasses.
“Reeldrama brings home to you the culture of Assam in all its glory with stories, shows, music and conversations about the art, history, literature, folklore and cinema of the land. That is why our tagline is ‘Celebrate Assam with Reeldrama’,” Reeldrama director Sumit Dasgupta said.
The masterclass sessions in different verticals like Hindustani classical vocal and acting is a new concept and it is nowhere available in any OTT across the world, he added.
Co-director Kuheli Dasgupta said: “One of our objectives is to unearth the rich talent that Assam abounds in but which unfortunately lacks the means to showcase itself. We support such talent by offering the platform and providing financial support to create the content.”
“Reeldrama will be available in 133 countries across the globe. The app is also going to be available soon on Apple TV, Android TV, Amazon Firestick and Roku,” Kuheli added. (PTI)