Director of VCP, Dr. Hiazuheing Ndang, said that VCP was formed on October 22, 1993 and released their first album titled ‘Gwanglo Keku Ko’ in 1994.
The Director also offered his gratitude to the sponsors of the previous two volumes. He eulogised the memory of two of its departed members and further presented commendation certificates to the family of the deceased members.
Raitu Elu Ndang, the eldest son of Tsibam Elu Ndang, shared a brief history of the life of his late father while describing his life’s journey from a pagan worshipper to his consequent conversion to Christianity.
Rev. Suitei Ndang, Pastor at Peren Baptist Church, dedicated the album and Rezulule Ndang, Dy. Commandant 9 NAP (IR) Bn. Saijang, released the album. “Music, especially gospel music, transforms lives all over the world”, she stated.
Lucy Herie presented the song ‘Apei Kehung’ which was composed by K. Elu Ndang in memory of his late father; the song speaks of how his father left him as an orphan at a very early age and how he longs to see his father. (Page News Service) 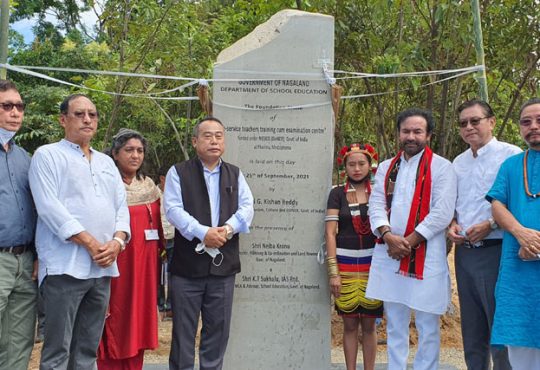