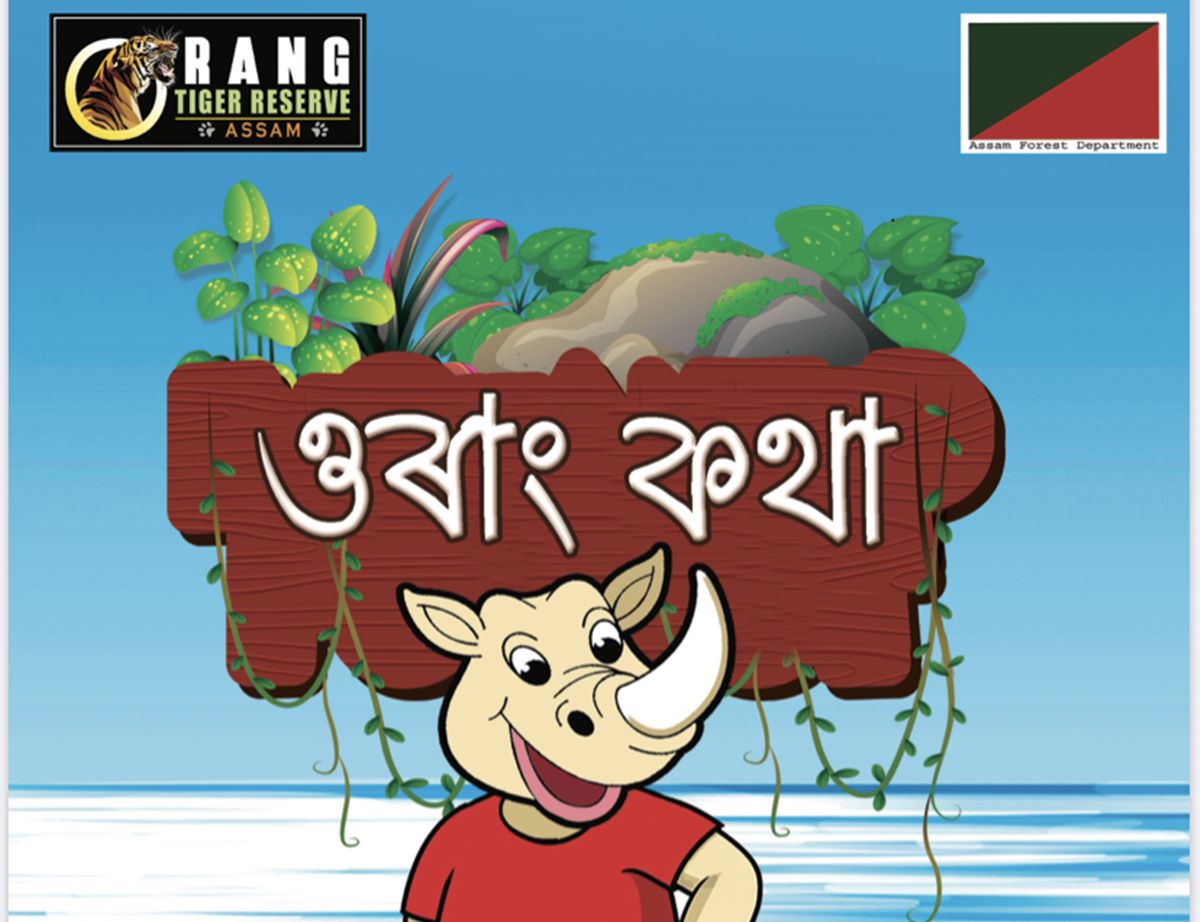 It is Assam’s smallest national park, famous for its population of rhinos and tigers, elephants and deer, pygmy hogs and Bengal floricans ~ and now, its very own comic book series.
Orang Katha (in Assamese and English) follows the adventures of Gaurav, a dhoti-clad, T-shirt donning 1-horned rhinoceros, who is a resident of the Rajiv Gandhi Orang National Park ~ declared a tiger reserve in 2016 ~ occupying 78.8 sq km spread over 2 districts of Assam: Darrang and Sonitpur.
“The idea is to reach the children of Assam with the message of conservation,” said BV Sandeep, DFO, Mangaldai Wildlife Division, who came up with the concept of Orang Katha. “And yes, empathy too.”
For example, the first story in the series ~ launched on World Rhino Day (September 22) by Assam Environment and Forest Minister Parimal Suklabaidya ~ is titled Rupohi’s Bedona or Rupohi’s pain. “In it, Gaurav the rhino narrates the story of his friend Rupohi who was killed and poached for her horn,” said Sandeep, adding that the entire project was a community initiative of sorts. “These stories are actually experiences and memories contributed by the staff of the Park, as well as the local people who live in the area.”
Rupohi’s Bedona was written by a Gorest Guard, Ajay Deka, and designed by Guwahati-based Pixcel Perfect Studio. “Over the years, I have seen many rhinos being poached up close,” said Deka, who has been at Orang since 2007, “It was one such incident that this particular story was inspired from, and I used some creative license too.”
While poaching has declined since 2016, it was rampant in earlier years. Often called ‘Mini Kaziranga’ owing to the similarities in topography, Orang has a rich population of the 1-horned rhino (101) as well as the tiger (24).
However, as DFO Sandeep emphasised, it is not just these big animals whose stories will be told in the comic. “The idea is to educate the people about Orang ~ not many people know but we have the largest population of released Pygmy hogs, the world’s tiniest pigs.” The pygmy hog or the Porcula Salvania is extremely rare and was brought back from the brink of extinction by a successful conservation programme in Assam.
“Apart from them, there are Bengal Floricans, a fish called Channabarca, locally called Peepli Cheng. This is a very popular aquarium fish, in great demand in western countries. While it is difficult to breed, it is available abundantly in and around Orang.”
The other objective is to bust myths (superstitions regarding the Rhino horn) and bring to light serious issues of illegal smuggling (creatures like geckos and pangolins).
Owing to Orang’s small size and high density of animals, many often stray to human habitations, at times leading to conflict between the two. “This relationship needs conscious management so we are trying to address that. The comic book too will have the perspectives of villagers, who have been cohabiting with the wildlife for ages.”
The next story in the series is slated for release (physical copies for children in surrounding villages and online for the public at large) in the first week of November.
“The next one will feature a lesser-known species,” said Sandeep, “Every creature ~ whether small or big ~ will find space in our book.”