Margaret accepted the call to be an organist on the new pipe organ at a large Baptist church in Buffalo, Western New York in 1969. Tuisem was also a member of this church and preparing for founding of Patkai Christian College. This is where the story began…after a brief courtship, they were married on 29th August, 1970. They have been blessed with three sons… Their narratives had different trajectories, one from the east to west and the other from the west to east, yet they collided and illuminated a vast horizon. I am extremely honoured to be a tiny dot in that great expanse; I am eternally grateful to God for such a blessed union. 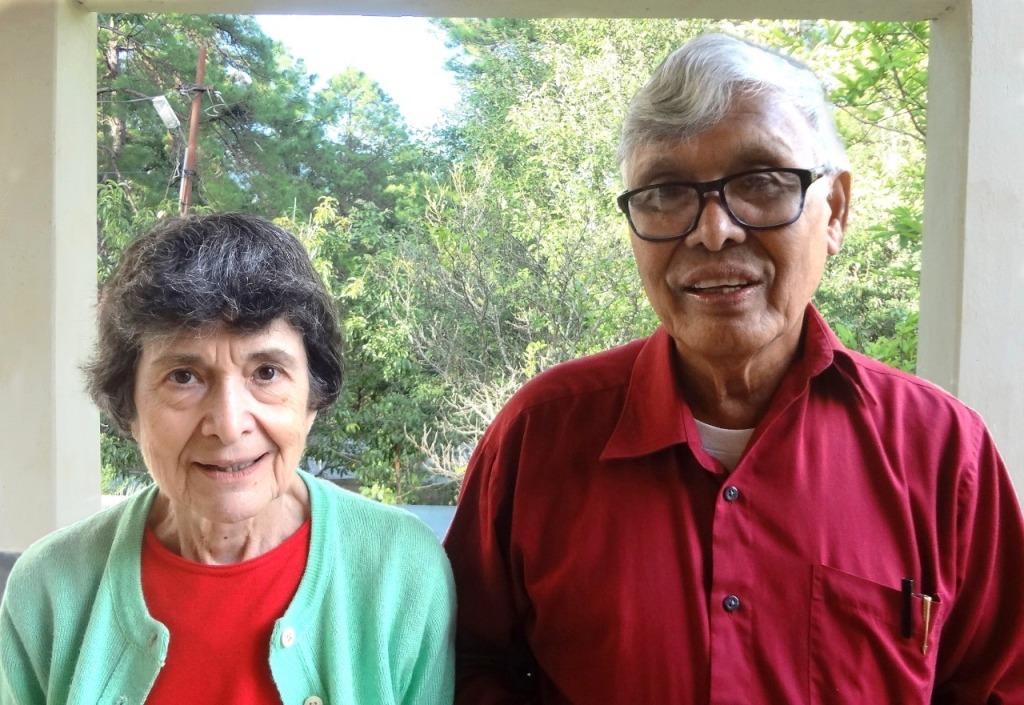 On a Sunday morning, some decades back, as I entered the sanctuary-not very excited-with my parents, I noticed some new faces seated on the left hand side of the pulpit, where otherwise only pastors and deacons normally sit. Among the new faces I am referring to was an unusually bright but serious man. My memory fails me on the recollection of the sermon’s content, but what I remember very clearly is that I could not not listen to his talk. He had such a magnetic personality and he could even draw the attention of a child who was coerced into going to church on that Sunday morning. This man was none other than Rev. Dr. Tuisem A. Shishak.
After my matriculation, I had only one destination and it was Patkai Christian College; it was my first and only choice. Being a music lover, more than anything, the music program caught my attention. Without having even an inkling of what Western classical music was all about, I enthusiastically arrived for my entrance exams and interview. Perhaps it was the will of God, I got through and thus I arrived at my destination. Throughout the whole process of the entrance test and the interview I did not see the tall and captivating man I had once seen as a child in my church.
However, one fine Thursday morning, during my first month at Patkai I had the privilege of listening to his first chapel talk. Words cannot express the impact these chapel talks have had on me. I envy the students during the early days of the college who had the privilege of being taught in the classroom by this man. I never had that opportunity, but my Thursdays with Principal Shishak cannot be replaced by any learning experience I have ever had.
Thursdays were Principal’s day at the chapel. From 1992-1997, I would find myself seated at the chapel and eagerly waiting for the tall figure to appear. He would sometimes come with the daily bread, a daily devotion guide for all the students; this was a bonus. A sound theologian and a clear bible teacher that he is, I believe that like me, many former Patkai graduates would sincerely look back at these ‘Thursdays’ as a foundation to their spirituality. This was not all; these Thursdays were like a fountain of knowledge and learning. You name it; philosophy, history, world politics, ethics, theology, etc., it was everything in one classroom. Treasures it was and it still remains. Yes, most students of Patkai chose the institution to pursue one’s goals through higher studies but I am most certain that the tryst with such a great man of God was an added blessing. This man was and continues to be an inspiration to one and all. He is Tuisem A. Shishak, our Principal, my Thursday Man.
The closing hymn selected for a special worship at Bundrock Memorial Chapel was “A Mighty Fortress”, Luther’s inspirational reformation hymn. The graceful figure was where she was always at, seated at the majestic electric organ ready to play the hymn. With the ever so rich an accompaniment, the rendition of the hymn was so meaningful. Towards the end of the hymn, I noticed the organist wiping off her tears and struggling to hold it back. I was deeply concerned so when everyone was sharing pleasantries at the conclusion of a meaningful worship, I walked up to her. I simply went up and shook her hand enquiring, “Is there something wrong?” In her usual soft and gentle voice, she replied, “these great hymns, they always have an impact on me”. Ma’am Margaret Shishak’s seriousness about music in particular and faith in general is exemplary.
The ten lines with icons and markings on pages were ciphers for most of us. We enrolled for the music vocational course only on the pretext that we could sing, or perhaps that we loved to sing; we were music illiterate. Everything was about to change and all our preconceived notions about music along with it. We were exposed to a whole new world. As the days past, we were taken on a musical odyssey, on a path to deciphering the musical ciphers. It has been an absolute pleasure and an enormous blessing. The above lines echo the sentiments of my classmates, PU vocational students (1992-1994). I trust that the story is the same with all the individuals and batches who have studied music under the caring and gentle patronage of Margaret Shishak in the past forty-six years at Patkai.
Margaret’s love for the Nagas and the tribals of the Northeastern region of India is unquestionable. She gave up her promising music career, her family, friends, home and her people to teach music in a part of the world, to a group of people she hardly knew. This is faith in the working; a testimony of what sacrifice is all about. Ma’am Margaret came, she saw and she conquered the hearts of the people. The whole landscape of western classical music and church music among Nagas changed since her coming 47 years back. She is truly the most recognizable and influential ‘music missionary’ in the short history of Christianity among Nagas and humbly stands unmatched. If the early missionaries had sowed the seed of music in the Naga Hills, then, it is Margaret who cared for the struggling saplings and brought it to full fruition and she continues to do so. This is Margaret Shishak, a Gentle Maestro.
– Dr. Lanu Walling (Patkai 92-97)

Naga Hills in the 19th Century

Examination of Christian Socialism as a Political Ideology

The Commission Lives On