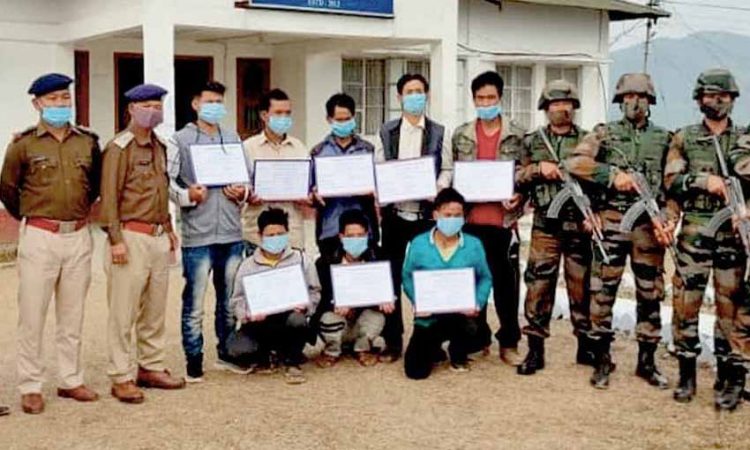 Itanagar, February 26: At least 8 cadres belonging to two factions of the NSCN laid down arms in Longding district of Arunachal Pradesh, police said on Friday.
Six members of the NSCN (KYA) and two from the NSCN (IM) surrendered with arms and ammunition before the Longding Superintendent of Police (SP) on Thursday, they said.
The development is the result of “concerted efforts and relentless pursuit by the district police and the Assam Rifles” to convince them to join the mainstream, the SP said.
All of them who surrendered held important positions in the outfits and were engaged in extortion activities, he said.
The insurgents have also appealed to their fellow cadres to give up arms and start afresh, the police officer added. (PTI)