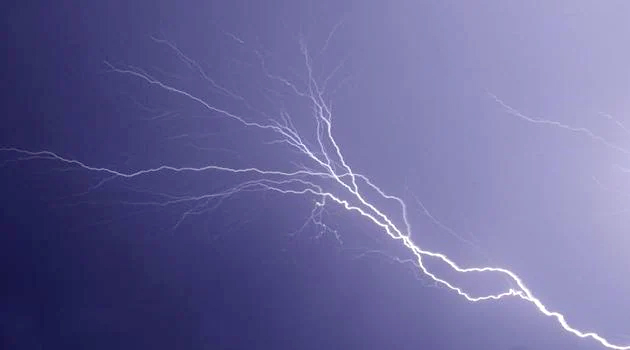 New Delhi, July 12: Lightning strikes in Uttar Pradesh, Rajasthan, Madhya Pradesh in the past 24 hours has claimed 74 lives, according to data provided by the states government, asserting that it was one of the worst lightning disasters in the region in the recent past.

The dead include 11 visitors at 12th century historic Amer Fort in the outskirts of Jaipur who were taking selfies at a watchtower inside the fort on Sunday evening. Another 20 were injured, according to local police.
An eyewitness said between 6.30 p.m. and 7 p.m., lightning struck twice near Amer and some people who were enjoying the rain and others taking shelter at the watchtower were struck by lightning – 11 died, including a brother and sister from Punjab.
“It was already raining when the people were there. They huddled in the towers as the rainfall intensified,” said Saurabh Tiwari, senior Jaipur police officer. Tiwari said up to 30 people were on the towers when the lightning struck.
The maximum number of deaths were reported from Uttar Pradesh where 41 died due to lightning strikes across 16 districts on Sunday night.
“As per the available information, 41 people have died due to lightning strikes across 16 districts in the state and 30 people have been injured. Taking note of this incident, Rs 4 lakh ex-gratia each will be provided to kin of the deceased,” Uttar Pradesh relief commissioner Ranvir Prasad told a news agency. “Moreover, 250 animals have also lost their lives and 20 have been injured,” said Prasad.
Prime Minister Narendra Modi was briefed about the loss of lives and damages due to lightning in these states and announced an ex-gratia of ?2 lakh each from the Prime Minister Relief Fund to the next of kin of the deceased and Rs 50,000 to the injured, said a statement by the Prime Minister’s Office.
The PM also expressed his deepest condolences over the deaths of at least 16 people due to lightning strikes in several districts of Rajasthan. “Deeply saddened by the demise of people. I express my deepest condolences to the families of the deceased: PM @narendramodi,” Prime Minister’s Office (PMO) tweeted.
On Sunday, Rajasthan chief minister Ashok Gehlot announced an ex gratia of Rs 5 lakh each to the kin of those who lost their lives due to lightning strikes in the state. He has also ordered compensation for the injured. Apart from Amer fort, four children died in Kota and three in Dholpur district.

In Madhya Pradesh, at least 11 people, including four minors, were killed and 13 sustained burnt injuries due to lightning strikes on Sunday late evening, police said. Seven were killed in Gwalior and Chambal region while two in Rewa and one each in Betuka and Hoshangabad, said a statement from the state disaster management authority. (Agencies)