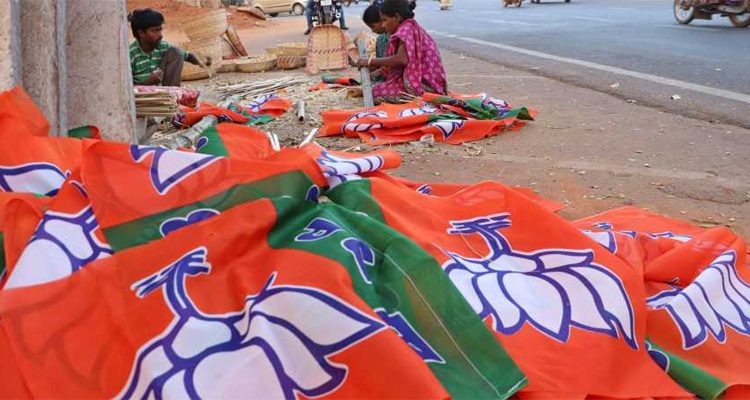 NEW DELHI, March 18: Ahead of the elections, about 70 organisations from across India have come together to reach out to voters and campaign in 50 cities, highlighting the “failures” of the Narendra Modi government in creating employment, its leaders said Monday. Young India National Coordination Committee, the platform comprising mostly of left-backed outfits, will start its campaign from Badaun in Uttar Pradesh in the first week of April, they said.
The first phase of Lok Sabha elections are scheduled to be held on April 11.
“The YINCC marched on February 7 against the government, where youth of the nation raised questions on why the promises of quality education and employment were not fulfilled. The YINCC has now decided that it will campaign against Modi during the elections and ask people to not vote them,” said N Sai Balaji of students’ outfit AISA.
The campaign will start from Badaun because Najeeb Ahmed, the Jawaharlal Nehru University student who has been missing since October 2016, is from there, he said.
“Modi had promised that his government will give 2 crore jobs every year. They are not even providing 2,000 jobs. Samajwadi Party, Bahujan Samaj Party and Rashtriya Lok Dal will urge people to vote against this government in the upcoming elections,” Nisar Ahmed of Samajwadi Yuvajan Sabha said.
Echoing Ahmed, Gopal Tiwari, who led the SSC movement, said time has come for youth of the country to “teach the prime minister a lesson”.
Ashish, a leader of the All India Railway Apprentices, said, “Modi has done drama in Allahabad by cleaning feet of sanitation workers. If he is concerned about them, then generate employment for them.”
“The health sector was the most neglected area where the government did not do anything. The pathetic condition of government hospitals has forced the patients to opt for private hospitals. This government has made poor people to feel like second class citizens,” said Harjit Singh Bhatti, former president of AIIMS’ Resident Doctors’ Association.
SFI leader Dipshita Dhat claimed that they are not against Modi but will fight the “RSS ideology on which the current government is running”. (PTI)