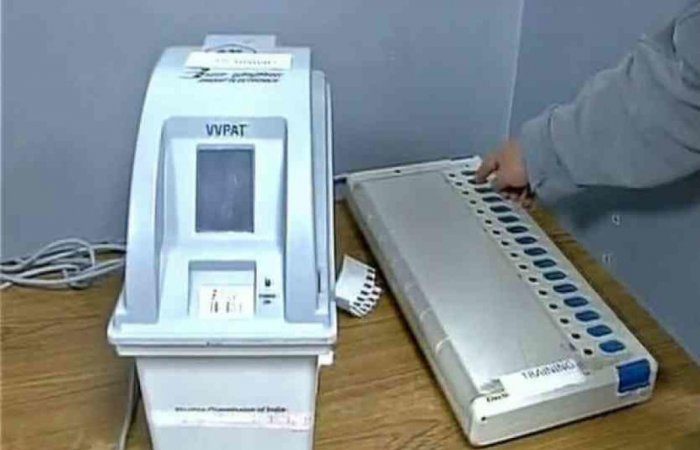 New Delhi, March 29: The Lok Sabha poll results will be delayed by six whole days if the Opposition parties’ demand to increase VVPAT (Voter Verified Paper Audit Trail) slips counting by 50% became a reality, the Election Commission of India (ECI) indicated to the Supreme Court on Friday.
“The 50% Voter Verified Paper Audit Trail slip verification in each Assembly segment of a Parliamentary Constituency or Assembly Constituency on an average shall enlarge the time required for counting to about six days,” the ECI said in a 50-page affidavit.
The current confidence level in the Electronic Voting Machine (EVM)-VVPAT accuracy was 99.9936%. Any increase in the sample size of verification of VVPAT slips would only lead to a “very negligible gain in the confidence level,” it said.
The adoption of a particular percentage as a sample for VVPAT slip verification was devoid of scientific logic or statistical basis. In fact, it was rather otiose, it noted.
The Supreme Court recently made strong observations in favour of an increase in the sample VVPAT slip counting for the coming elections.
With this, the ECI has also chosen to stand firm against a plea by 21 Opposition parties, who jointly moved the apex court challenging the poll body’s guideline that VVPAT slips’ counting would take place only in one polling station in an Assembly constituency or each Assembly segment in case of parliamentary elections.
The ECI banks on a March 22, 2019 report of the Indian Statistical Institute (ISI) to buttress its case against increasing the VVPAT slips’ counting.
The ISI report recommends that a sample verification of 479 EVMs and VVPATs out of a total 10.35 lakh machines would lift the confidence to 99.9936%. But Deputy Election Commissioner Sudeep Jain, who has authored the affidavit, said the ECI’s sample verification for the April-May Lok Sabha polls would cover 4,125 EVMs and VVPATs. “This is 8.6 times the sample size recommended in the Indian Statistical Institute report,” the ECI said.
“Extensive training required”
The Commission, represented by senior advocate Aryama Sundaram and advocate Amit Sharma, submitted that no mismatch had been detected in mock polls or in the verification of VVPAT slips carried out at 1,500 polling stations till date.
The affidavit said increased VVPAT slips counting would require extensive training and capacity building of election officials in the field. VVPAT slips counting takes place in specially erected VVPAT counting booths under the close monitoring of the returning officer and direct oversight of the observer.
The ECI said its confidence in EVM-VVPATs was sourced from their secure designs, elaborate procedural safeguards adopted for their usage, and finally the fact that there had been zero errors in sample verifications so far.
The ECI said its undertook a three-level check on EVM-VVPATs prior to elections.
Three mock polls
“Each and every EVM and VVPAT is checked once by slip verification during the first level check. Thereafter, 5% of the EVMs are selected at random and subjected to higher scrutiny through a mock poll, along with slip verification of 1,200 votes for 1%, 1000 votes for 2% and 500 votes for 2% percent of the EVMs,” the affidavit said.
The checks are done in the presence of the representatives of political parties and candidates.
EVMs and VVPATs are subjected to a second mock poll along with verification of slips during the setting of candidates on the EVMs in the presence of candidates or their representatives.
A third mock poll is undertaken with slips verification of at least 50 votes on EVMs and VVPATs on the day of election in the presence of polling agents.
Thus, in the coming Lok Sabha elections, over 1.6 lakh EVMs and VVPATs would undergo VVPAT slips verification of 500 to 1,200 votes before the actual polls.
“This will be conducted in the presence of the representatives of political parties/candidates in absolute transparency,” the ECI said. (Courtesy: The Hindu)