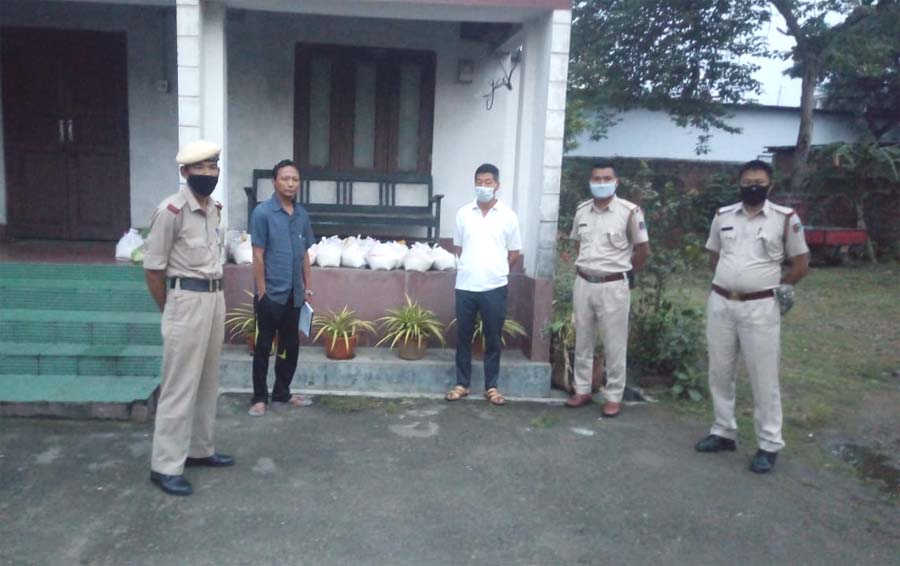 Dimapur, April 20: Around 42 daily earners of Middle Point Colony received humanitarian assistance in the form of 5 kgs rice, 250 grams dal and one packet salt from the Dimapur District administration Food Court on Saturday.
According to sources, the distress call was made to DCP Zone-I, Dr Naieem Mustafa IPS by a member of the newly formed Dimapur Extended Team in consultation with the GB of the colony.
The source further said that on receiving the call, Dr Naieem requested food packets for the 42 families to the officials, but since the timing was after 4 p.m. and with no volunteers available to deliver it, the official cited that the food package will be distributed on Monday.
“Dr Naieem explaining the reason behind the distress call cited to the concerned official that daily wage earners who are without rations may starve on Sunday and expressing his concern offered police vehicle and few staffs to collect the food packages and distributed it to the colony”, the source said.
Within an hour the GB of Middle Point Colony, Hukato Aye and Council Chairman, Hetoi Chophy received the packages and distributed it around Sunday afternoon and appreciated the efforts of Dimapur Police and Deputy Commissioner, Dimapur.
On hearing about the lack of volunteers at the Food Court, Dimapur, a social activist talking to Nagaland Page remarked, “Food packets meant for distressed people should reach them in time, it doesn’t matter whether the call is made after office hours or not. The officials manning the food courts should remain on standby along with volunteers”.
Meanwhile, Deputy Commissioner, Anoop Khinchi IAS assured every possible help to the distressed families. (Page News Service)