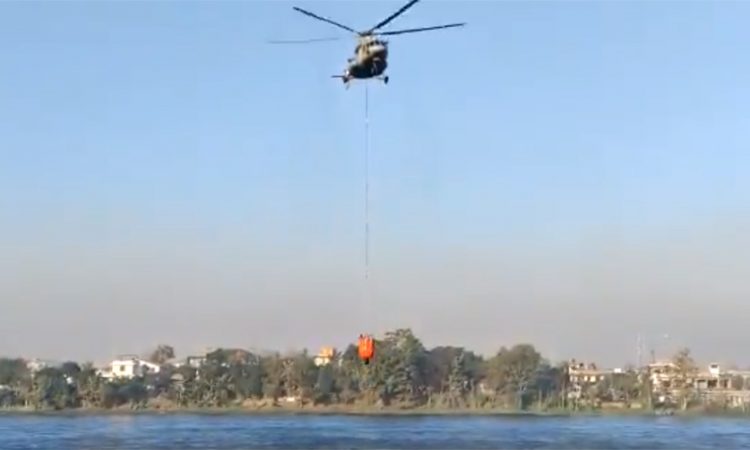 DIMAPUR, JANUARY 3: Indian Air Force (AIF) helicopters on Monday resumed ‘Bambi Bucket’ operations to douse the raging inferno in Dzukou Valley.
Four Mi-17 helicopters have been deployed at Dimapur and Rangapahar for the task.
meanwhile the Kohima District Disaster Management Authority (DDMA) on Sunday night reported that the wildfire, which broke out along a trekking route leading to the scenic Dzükou valley on December 29, has been brought under control on the valley site on January 3.
An official release informed that a total of 24000 litres of water with 12 shuttles were dropped in Sunday’s fire fighting exercise by IAF choppers. 4 IAF helicopters made 2 trips each with water on Sunday to douse the fire.
DC and Chairman, DDMA, Mohammed Ali Shihab A informed that the fire is concentrated in the area between Mt. Tempfu and Elephant Gate (near the main valley), which is descending towards the valley.
Rest of the area along the trekking route (from View Point to Base Camp area) where the major fire was concentrated for past 2/3 days has completely subsided, the release informed.
(Page News Service)