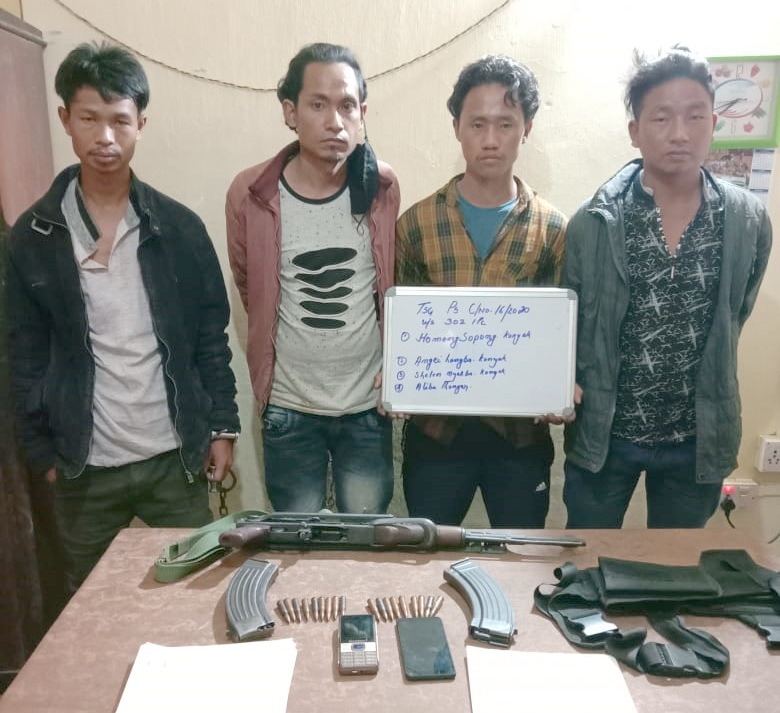 Tuensang, August 5: Four persons were arrested in relation to the suspected murder of one Manbong Mulong, son of Ngaku Chang from Chendang village.
The accused have been identified as Shellen Nyakba Konyak, Angkihongba Konyak, Aliba Sangtam and Homang Konyak. According to Tuensang police, all four belong to NSCN-K (Kango) group.
Police sources said that Mulong was killed on August 5 and brought to Eastern Nursing Home Tuensang. The victim died due to injury on the head allegedly beaten with a metal pipe.
He was killed reportedly for not paying a demand of Rs 1 lakh to the faction on account of Naknyulum festival, sources said.
Police said while 4 persons have been arrested, another one is on the run. (Page News Service)