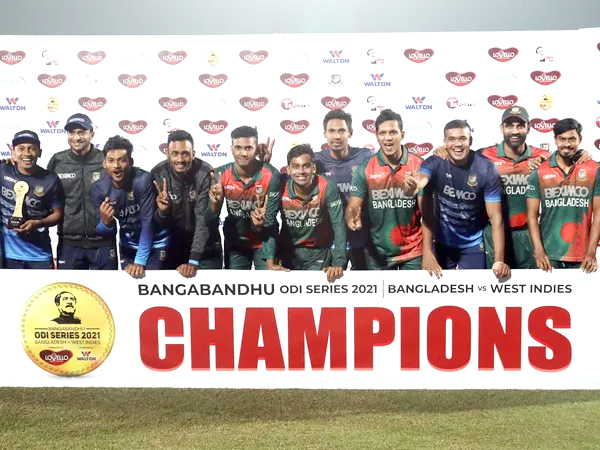 CHITTAGONG (Bangladesh), January 25: Bangladesh beat the West Indies by 120 runs in the third one-day international in Chittagong Monday to sweep the series 3-0.

Mohammad Saifuddin claimed three wickets as Bangladesh bowled out the West Indies for 177 runs in 44.2 overs.
Earlier, four players hit fifties as Bangladesh made 297-6 in their 50 overs.
The hosts won the first two matches of the series in Dhaka by six and seven wickets respectively
The two teams will play two Test matches in February. (AFP)