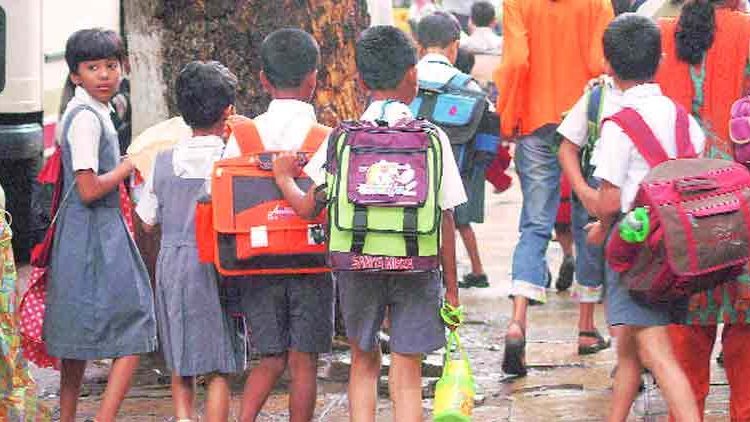 Guwahati, January 2: Concerted efforts by the central and respective state respective state governments to improve school dropout rates in the northeast is yet to yield effective results, as Arunachal Pradesh, Nagaland and Meghalaya top the tally of states which recorded high dropout rates at primary level of school education during 2016-17.
These worrying figures came to light in a reply given by Union Human Resource Development Minister (HRD) Prakash Javadekar in Lok Sabha during the ongoing winter session of Parliament on December 31.
Against the national dropout average of 6.35% in primary level, the percentage of dropout in Arunachal Pradesh was the highest in the country at 23.25%, followed by Nagaland (20.95%) and Meghalaya (17.69%). Though the comparatively improved dropout rates in Tripura (4.39%) and Assam (5.60%) may be encouraging for the two northeastern states, in Manipur and Mizoram the dropout percentage stood at 16.79 and 15.36 respectively.
In upper primary level, where the average dropout rate nationally was 5.6% in 2016-17, Jharkand recorded the highest dropout in the year at 19.61%, followed by two NE states, Nagaland and Meghalaya, which recorded dropout percentages of 18.28 and 17.59 respectively. The dropout percentage of other NE states includes – Arunachal Pradesh (12.81%), Manipur (12.76%), Mizoram (9.88%), Tripura (5.34%) and Assam (2.51%).
The scenario in the NE is comparatively better in the secondary level. None of the states from the region earned the dubious distinction of being at the top of the chart of dropout rates, but over 20% dropout rate was registered in all seven NE states at the secondary level. The dropout percentage at secondary level of schooling in the NE are Nagaland (31.28%), Mizoram (30.67%), Arunachal (29.93%), Tripura (29.76%), Meghalaya (28.07%), Assam (27.6%) and Manipur (21.05%). Andhra Pradesh recorded the highest dropout rate at the secondary level, with 50%. The national average of dropout percentage at secondary level in the year was 22.13.
In the higher secondary level too, the ranks of the NE states were better, with none of them featuring among the top three states with the highest dropout rates of 2016-17. Among all states and union territories, Karnataka registered the highest dropout percentage at 99.93%. Among the NE states, Arunachal Pradesh (22.46%) recorded the highest dropouts in the region, followed by Nagaland (13.96%) and Meghalaya (13.82%).
Against the national average dropout rate of 13.09% in the higher secondary level, the dropout percentage of other NE states during 2016-17 were Manipur (11.81%), Assam (11.72%), Tripura (11.21%) and Mizoram (6.42%).
A statement tabled in the house by the HRD minister said that as per independent surveys commissioned by the ministry to estimate children out of school in the country earlier, the major reasons were poverty or economic reasons, lack of interest in studies, disabilities or poor health. It was also revealed by the survey that some children were not in school because they were needed to help in domestic work. There were also cases where it was found that education was not considered necessary by the parent or the head of the household. (TNN)