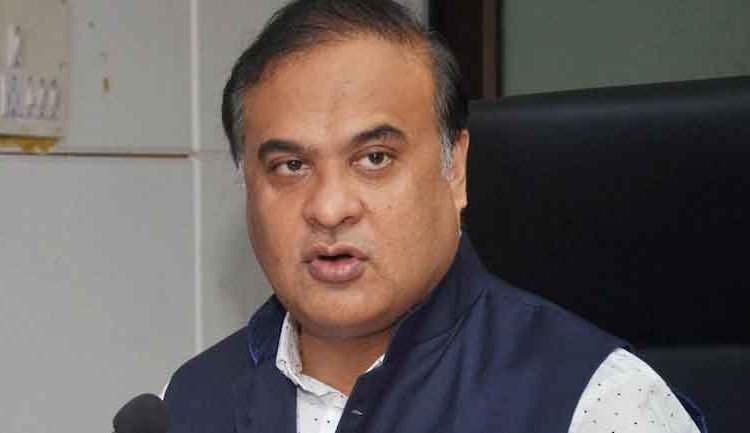 Guwahati, September 13: The prime accused and two others have been arrested for their alleged involvement in a case related to the forging of the signature of Chief Minister Himanta Biswa Sarma, the law enforcers said on Monday.
The prime accused, Imran Shah Chaudhary, was arrested in New Delhi on Sunday and will be brought here on a transit remand while two others, Rajib Kalita and Dilip Das were arrested on Saturday, a spokesperson of the Assam Police told reporters.

Kalita was arrested at the Lokpriya Gopinath Bordoloi International Airport here on his arrival from New Delhi while Das was picked up from the city.
The Chief Minister’s Office had filed an FIR with the Dispur police station on September 8 stating that Sarma’s signature was forged in a note given to the Chief Engineer of Public Health Department (PHE), Water, for a work to be allotted in the name of Lohit Construction.
Following the registration of the case, an investigation began and within a few hours, police from both Guwahati and Sivasagar picked up four persons associated with Lohit construction.
During interrogation, the four persons – Binit Poddar, Dipjyoti Dutta, Jaimini Mohan, and Pankaj Gogoi – allegedly revealed that they had come in contact with one Imran Shah Chaudhary, who was introduced to them by the brother-in-law of Jaimini Mohan, the police spokesperson said.
Chaudhary, alleged to be the kingpin of the scam, had claimed that it was very easy for him to get them a contract in PHE Department through the CMO directly.
He had assured them of two contracts worth Rs 3.16 crore in the PHE department in lieu of three per cent commission, amounting to Rs 9 lakh.
Poddar and Dutta managed to collect Rs. 9 lakh from friends and family and delivered it to Imran Shah Chaudhary who gave them the forged paper, that they submitted to the Chief Engineer, PHE Department.
Police investigations found that Chaudhary and Rajib Kalita had escaped to Delhi after they came to know about the FIR.
The Guwahati Police went immediately to New Delhi and tracked the accused persons, who were regularly changing their locations to escape the police dragnet.

Chaudhary had allegedly created the forged document with the help of three persons, Dilip Das, Anupam Chaudhary, and Prakash Basumatary.
They had scanned the chief minister’s actual signature to create the forged document in the shop of one Naba Roy and gave it to Chaudhary who gave them a one per cent commission of Rs 3 lakh, with each of them receiving Rs 1 lakh each.
The police also picked up the shopkeeper where the document was forged on Monday while the two accused, Anupam Chaudhary and Prakash Basumatary are absconding, the spokesperson added. (PTI)