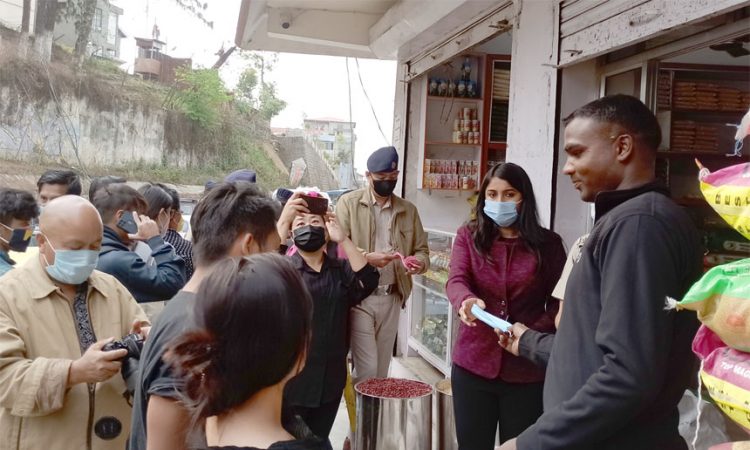 KOHIMA, APRIL 5: A total of 293 defaulters were registered on Monday in an awareness drive on the usage of masks which was conducted at Kohima across 8 locations under the initiative of District Task Force for Covid-19.

An amount of Rs.29,100 was also collected as fines imposed for not wearing a mask in the same awareness drive.
ADC Kohima, N. Bhavani Sri (IAS) stated that the exercise was necessitated in view of the detection of new cases in the country in general and Nagaland in particular in the wake of COVID-19’s second wave.
The exercise was jointly conducted by the medical department, the police personnel and the district administration, ADC Kohima informed.
She also said that while the exercise on Monday was the first step on the usage of mask after the lifting of restrictions during the first wave, depending on the situation more exercise on the usage of mask and imposition of fines will be carried out in the coming days , she added. (Page News Service)