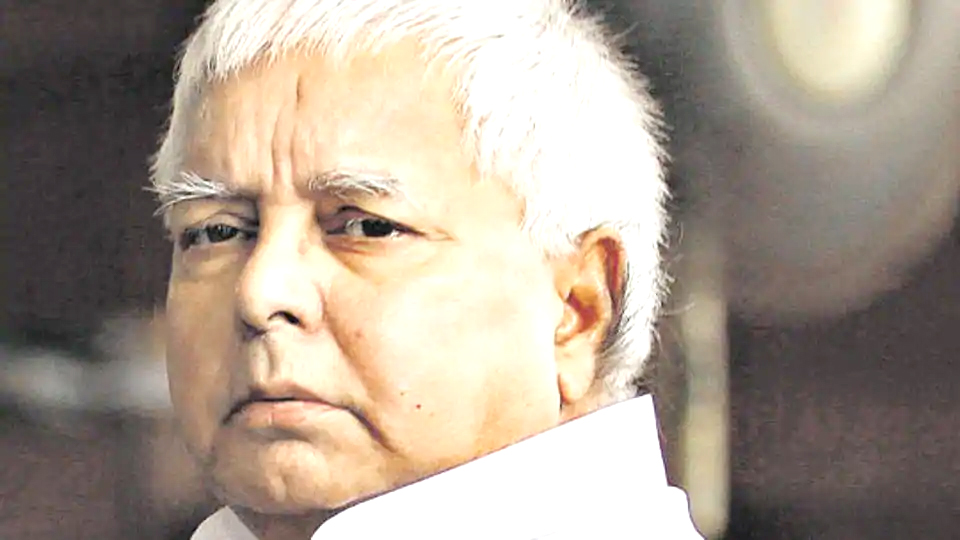 Ranchi, September 11: The Jharkhand High Court on Friday discovered that Rashtriya Janata Dal (RJD) chief Lalu Prasad was still running 27 days short of completing half of the sentence in one of the fodder scam cases in which he was convicted and awarded to five years of imprisonment in January 2018.
The bench comprising Justice Aparesh Kumar Singh, therefore, adjourned hearing on Yadav’s bail plea for October 9 on the request of his counsel Kapil Sibal.
Former Bihar chief minister Lalu Prasad Yadav, who has been undergoing treatment in custody at Rajendra Institute of Medical Sciences (RIMS) in Ranchi, moved the bail application on the ground that he had already completed half of the sentence in the aforesaid case realted to fraudulent withdrawal of Rs 33.13 crore from Chaibasa treasury over fictitious spends on fodder and other expenses for cattle.
Yadav had suffered a major jolt in the fodder scam case on September 30, 2013, when a trial court in Ranchi held him guilty in the first of six cases against him. The conviction got him five years in prison, disqualification from Parliament and a ban on contesting elections. He was given bail by the Supreme Court in December that year.
The former Bihar chief minister’s trouble renewed again after December 23, 2017, when he had been convicted in three other fodder scam cases in quick succession. Since then, he has been in jail.
Of these three cases, he had secured bail in one of them last year on the ground that he had served half of the 3.5 years imprisonment awarded to him. In the second case, he has filed the aforesaid bail application on similar ground.
Opposing his bail plea, the CBI contended that Yadav’s custody, in this case, was yet to commence as he had not completed the full custody in previous cases. It pointed out the provision of Section 427 of the code of criminal procedure (CrPC) arguing that the court never ordered that sentences awarded to him in different fodder scam cases would run concurrently.
“In absence of any such order, Prasad’s custody in subsequent cases would start only after completion of the sentence of previous cases as per Section 427 of the CrPC,” CBI’s counsel and assistant solicitor general Rajiv Sinha contended.
However, senior lawyer Kapil Sibal, representing Yadav, argued that the CBI had not raised this point with respect to bail applications filed by any of the fodder scam convicts earlier.
In his earlier case also, the agency didn’t raise this contention and the court granted bail to him on completion of half sentence, Sibal argued.
The bench, however, after calculating the period of custody served by Yadav in this case, found that 27 days were still left to cover half of the five years sentence. On Sibal’s request, it adjourned hearing for October 9.
After spending the initial two months from December 2017, to February 2018, in Birsa Munda Central Jail in Ranchi, Lalu Prasad Yadav had developed health complications in March 2018 and was moved to the hospital. Since then, he never returned to jail.
After a steep surge in Covid-19 cases in August, he was moved from the RIMS paying ward to the hospital’s director’s bungalow. (Courtesy: HT)