Sign in
Home State 2014 Mandate had nothing to do with Modi’s pro-Hindutva image, says a new book

2014 Mandate had nothing to do with Modi’s pro-Hindutva image, says a new book 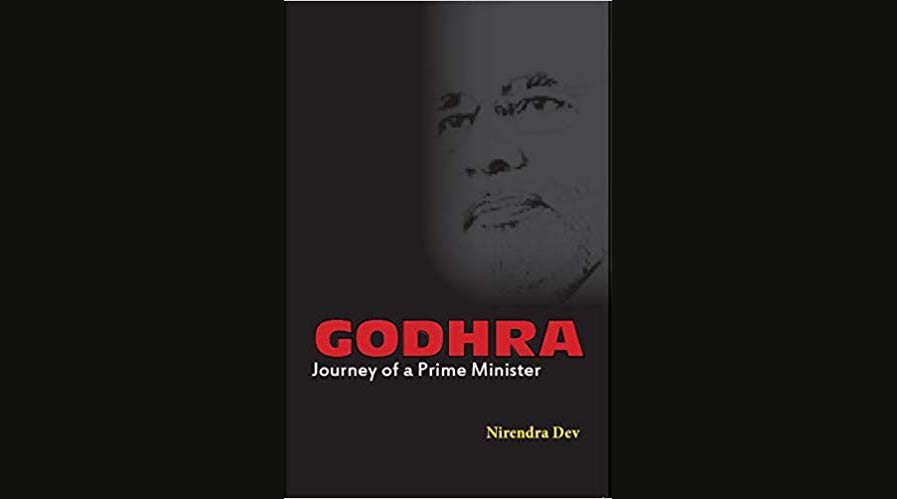 Dimapur, December 16: “That experience to see people killing people in Gujarat in 2002 became part of me,” says Nirendra Dev, who had his baptism into journalism in Nagaland in 1990s.
Journalism could be in a way described as an art – but, mistaken for a science. So, when a scribe pens a book, he perhaps speaks more as an artiste claiming to analyse things scientifically. Nirendra Dev, a journalist-turned-author narrates the tales of Gujarat since 2002 with a slice of reference to the historical and socio-political context.
Does he succeed? And more importantly, how does he feel about? Nagaland Page quizzed him briefly.
“You can’t take away from me the fact that I spent over six months in 2002 during the peak of communal tension in Ahmedabad since the train was burnt at Godhra station. That was like an experience forever! That period marks the mega transformation in the career of Narendra Modi as well,” says Dev, who served in Nagaland in 1990s.
“That experience of people killing people became part of me. It perhaps also changed the way I looked at communal issues. What is being a Hindu, what is being a radical Hindu? What difference does it make when you see double standards from such a close range?,” he wonders.
The book ‘Godhra – Journey of a Prime Minister’ is precisely the second edition to the book ‘Godhra – A Journey to Mayhem’ (published in 2004).
It seeks to expose the ‘leadership crisis’ the state of Gujarat, Modi’s original political laboratory, apparently was faced with during the now infamous mayhem of 2002.
“…The study of emerging patterns of socio-political life in Gujarat shows that there is a ‘marked decline’ in the quality of leadership,” it says.
But it says, things had changed by 2014 – at least from the electorate’s point of view.
“The mandate of 2014 somehow had nothing or less to do with the Hindutva agenda even as a large number of Sadhus were deployed during electioneering in 2014,” the book notes.
In fact, amid the build up for a Ram Temple at Ayodhya by the Hindu groups, the book says that the Muslims and Christians are surely at political crossroads with “no easy choice before them”.
“The political policy of the Modi government on religious minorities from time to time seems unclear,” says the book.
However, the compendium says the onus is in effect on Narendra Modi himself to take all sections of people all along.
According to the book, “the onus is on him” to perform and deliver so that Modi does not “turn out to be Chief Minister Jyoti Basu in West Bengal – whose initial years have seen a time of great expectations but the end scandalously belied”.
According to Dev, however, the book does not please any particular section of people – the seculars or Hindu hardliners.
It is pure reportage, the author argues and also says that both the sides may actually ‘dislike’ most of the hard work.
In his Foreword to the book, a scholar from Germany’s Heidelberg University, Subrata K Mitra writes lucidly: “The impressive victory of the BJP under Narendra Modi raises a fundamental question about governance, leadership and the imperative of development and the making of popular will”.
Mitra further points out -“The more the ‘secularists’ of India and their foreign backers hit out at Modi as a tainted leader, the more Modi fell back on his identification with the people of Gujarat and his showcasing of Gujarat’s development as the raison d’e^tre of his leadership”.
The German-based educationist further writes: “The combination of popular elections, institutionalized countervailing powers, power-sharing….. delivered the Gujarat model, and in turn, the national mandate to Prime Minister Modi. (Page News Service)