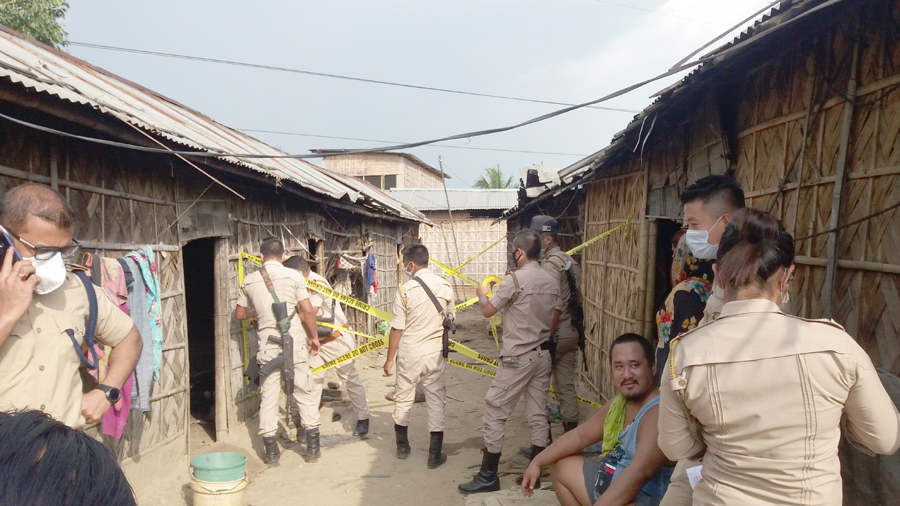 Dimapur, September 8: Two persons including an infant was killed in a blast at United North Block Colony Dimapur Tuesday morning. Three other persons were seriously injured in the incident.
According to police, one iron scrap worker, identified as Sadiqul Islam was killed when a vintage explosive device went off while he was pounding it. He died on the spot, while four others injured were shifted to hospital for treatment. However, the infant succumbed to the injuries in the evening.
The other three injured have been identified as Habibur Hussain, Majida Begum and Baharul Islam.
Earlier in the day, Dimapur Police had tweeted, “A blast occurred at UNB colony, Burma Camp. Preliminary investigation reveals that an iron scrap worker was pounding a suspected vintage bomb with hammer, when it went off. The accidental blast left one dead and four injured”.
Immediately after the blast the entire area was cordoned off by Dimapur Police.
A Police officer on condition of anonymity said that it was a blast and so far they are not able to ascertain whether it was grenade or any other thing. “Only after the forensic report we can be confirmed,” he said. (Page News Service)