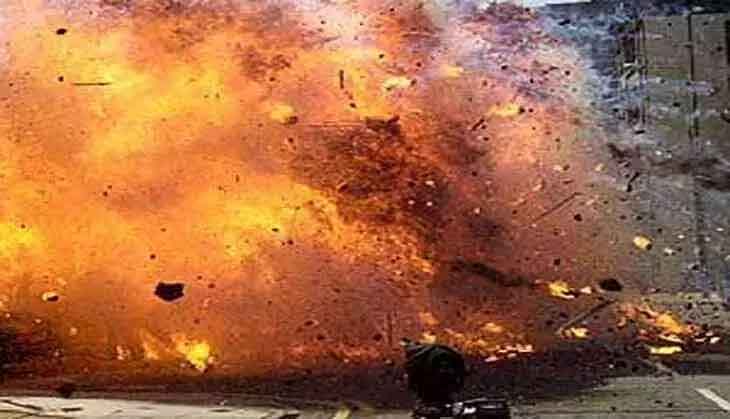 Tinsukia (Assam), May 14: Two persons were killed and another one was injured in a grenade blast by suspected ULFA(Independent) insurgents in a market area in Assam’s Tinsukia district on Friday, police said.

The grenade was hurled in front of a hardware shop at Tingrai market under the jurisdiction of Digboi police station.
Terming the incident as “an act of desperation”, Chief Minister Himanta Biswa Sarma asked Director General of Police Bhaskar Jyoti Mahanta to arrest the culprits and deal with the situation sternly.
Two men came in a motorcycle and lobbed the grenade in front of the hardware store owned by one Puranmal Agarwala at about 1.20 pm when the shop was about to be closed, police said.
Three persons were injured in the explosion and they were taken to a hospital where two of them Sanjit Singh and Surajit Talukdar – died.
The attack is suspected to have been carried out by the proscribed ULFA(I), the police said, adding that investigations are on.
The insurgent outfit, however, sent an email to media houses denying its involvement in the blast.
Army and police officers went to the spot and cordoned off the area.

The chief minister asked the DGP to direct the deputy inspector general concerned to inquire into the incident.
“This act of violence is a sign of desperation and cowardice. State government will never tolerate such kind of highhandedness leading to the loss of precious human lives,” Sarma said in a statement.
He also condoled the death of the person who succumbed to injuries in the explosion and wished speedy recovery of the injured man. (PTI)