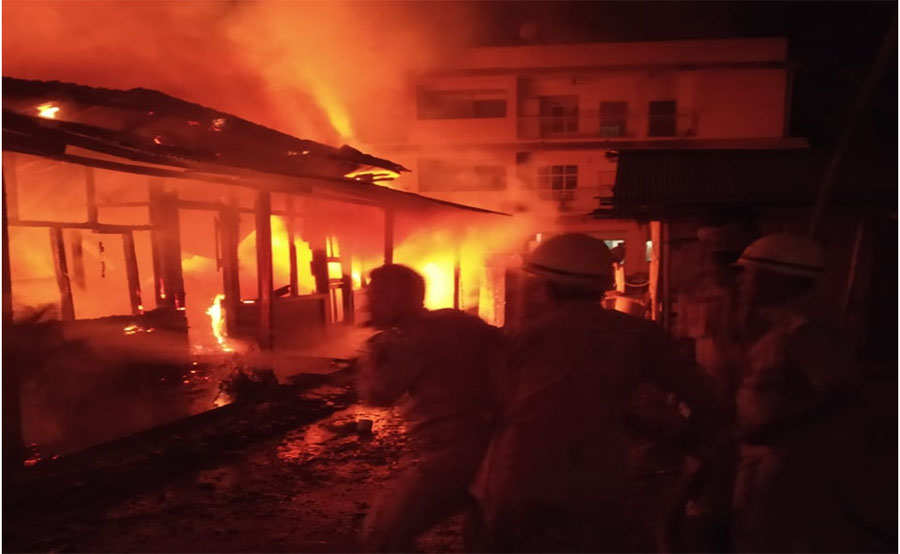 Dimapur, May 14: Two houses and a garage were completely razed to the ground, along with four vehicles and other household property on night of May 13 at Circuit House Colony, Dimapur.
According to Fire and Emergency Services, fire personnel reached the incident site as soon as they received the fire call and managed to bring the fire under control and prevent it from spreading to the surrounding areas.
Though the cause of fire was not known, two families were affected by the incident. The response team was led by Duty Commander, SI Bonom Konyak. (Page News Service)