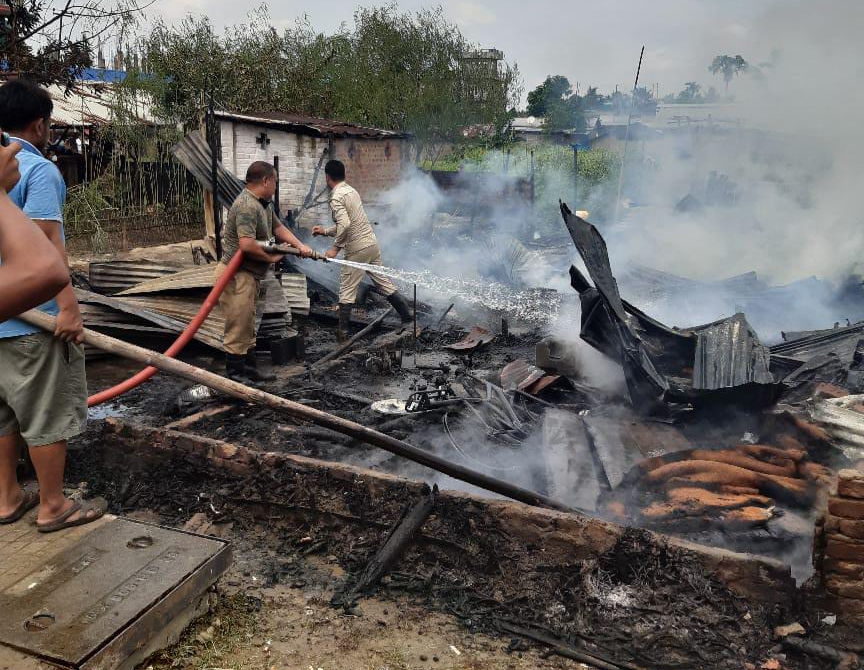 Dimapur, September 19: At least two houses were gutted and properties worth Rs 15 lakhs were destroyed in a fire that broke out at Padumpukhuri Lane 1, Dimapur Thursday morning.
According to Fire & Emergency Services, two fire tenders along with sufficient equipments and fire personnel were pressed into action, as soon as they received the fire call at 11.07 a.m.
Two kutcha houses along with Property worth 15 Lakhs approximate was lost in the inferno. However due to timely response from Fire Personnel, properties worth over Rs 30 Lakhs could be salvaged and fire was prevented from spreading. It took the Fire Team 50 minutes to combat the fire.
There was no casualty. Cause of fire is suspected from electrical short circuit. The response team was led by Duty Commander ASI Khamlau Phom. (Page News Service)