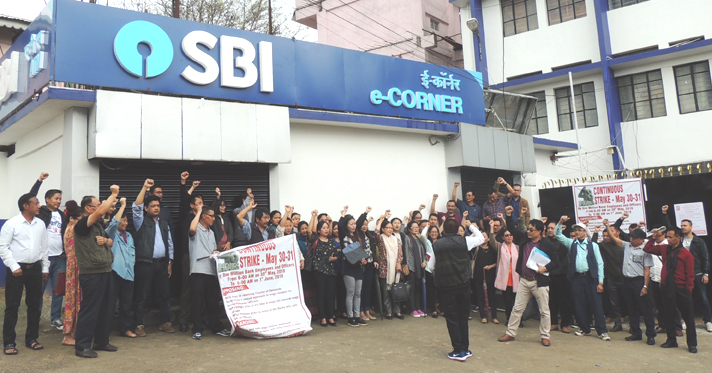 Dimapur, January 30: Along with the rest of the country, the United Forum of Banks’ Union (UFBU), Nagaland State will go on 2-days strike on January 31 and February 1 demanding, among others, wage revision, which was due from November 2017.
UFBU Nagaland said the unwarranted delay by Indian Banks’ Association (IBA) on wage revision settlement for bank employees and officers due from November 2017 has forced the union to go ahead with the 2-days strike.
UFBU consists of 9 bank unions of employees and officers – AIBEA, AIBOC, NCBE, AIBOA, BEFI, INBEF, INBOC, NOBW and NOBO.
If their demands are not met, the union also plans 3-days bank strike from March 11 to 13, followed by indefinite strike from April 1.
Expressing regret for the inconveniences caused, the UFBU also requested private banks and all other banks not under the union to cooperate and participate in the strike. (Page News Service)