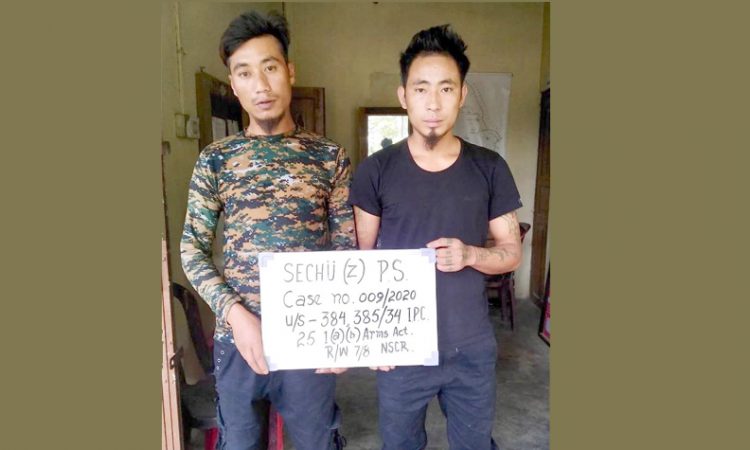 Dimapur, October 18: It its effort to secure the Highways from antisocial elements, a team of Kohima Police arrested two persons identified as Tothong Tikhir, SS Lance Corporal of NSCN(IM) S/o Kheinshim Tikhir, Shamator Village, Tuensang and his accomplice Khotso Zenyü S/o Vesaniezo Zenyü, Khonoma Village on charges of extortion from NH-29 on October 17.
According to PRO, DEF Kohima, One .32 pistol, one magazine along with one live ammunition were seized from their possession. A case has been registered at Sechü(Zubza) Police Station under relevant sections of law and further investigation is on. (Page News Service)