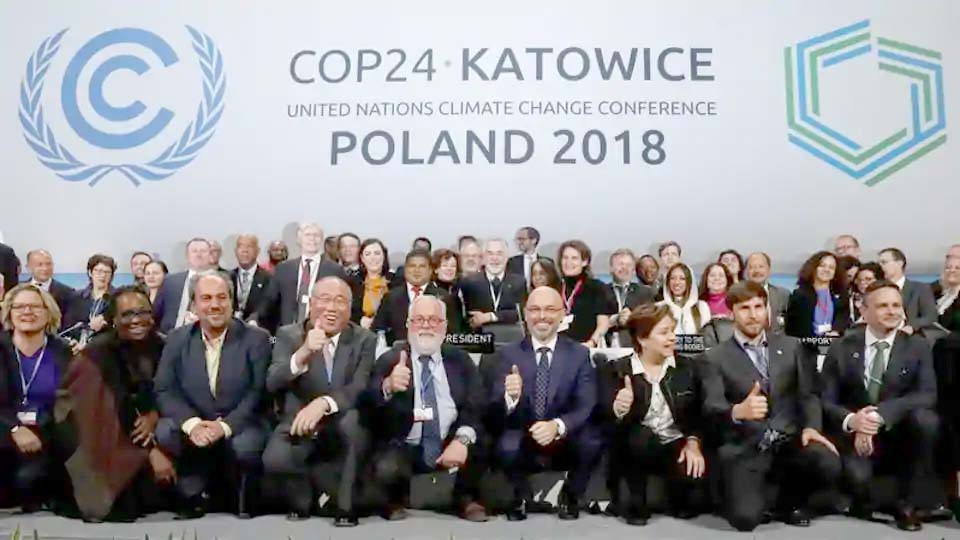 New Delhi, December 16: As many as 195 countries evolved and adopted a set of guidelines – the Paris Rulebook — for implementing the 2015 Paris Agreement to strengthen the global response to climate change late on Saturday evening in Poland’s Katowice.
The rulebook was adopted after two weeks of negotiations to resolve major differences between developed, developing and a coalition of least developed countries at the 24th Conference of the Parties to the United Nations Framework Convention on Climate Change (COP24).
In Katowice, the environment ministry’s joint secretary, Ravi Shankar Prasad, made a statement on India’s behalf on Saturday expressing reservations regarding certain parts of the rulebook. He cited the lack of equity in the global stocktake process, a five-yearly review of the implementation of the Paris Agreement .
Equity would mean that the developed countries take the lead while developing and least developed countries also take action to combat climate change in accordance with their capacities.
Later, the ministry issued a statement on Sunday saying India welcomed the rulebook as its concerns have been addressed in the final version. “India considers the outcome of COP 24 a positive one which addresses concerns of all parties and sets us on the path towards successful implementation of the Paris Agreement.”
Civil society groups and the least developed countries have expressed their concerns about how effective the rulebook or the Katowice Climate Package.
The Centre for Science and Environment (CSE), a Delhi-based advocacy organisation, said the countries are pretty much on their own to mitigate, adapt and pay for climate impacts.
“The UNFCCC [UN Framework Convention on Climate Change] is now a platform to collect and synthesise information and provide a forum to discuss and debate. It does not have the tools to drive global collective action to combat climate change. In such a situation, one needs to seriously question the raison d’être of the UNFCCC,” said CSE deputy director general Chandra Bhushan.
According to the CSE, the developed countries have the choice to include all kinds of financial instruments as climate finance including loans. It said the reporting of financial grants by developed countries and review of whether it is adequate has also been weakened.
In the global stocktake section to measure global progress and identify how countries are adapting to or mitigating climate change, there is now no provision on addressing these issues, the CSE?added.
“The result is that a lot of technical information will be collected without any clear recommendation to increase ambition on mitigation or finance,” the CSE said in a statement.
The negotiations were extended for a day after the Alliance of Small Island States (AOSIS) and Least Developed Countries (LDCs) expressed concerns over the draft rulebook.
LDCs and AOSIS said it was weak on addressing ‘loss and damage’, which refers to irreversible climate impacts certain vulnerable parts of the world face, and on saving the world from breaching the 1.5-degree celsius warming over pre-industrial levels.
In the final text, ‘loss and damage’ has got more attention. But the findings of the Intergovernmental Panel on Climate Change’s 1.5-degree global warming report have not been taken on board. The successful completion of the report has been welcomed.
“The 1.5 report, loss and damage and other small island priorities are reflected in the compromise text. But it must be said that addressing climate change is ultimately a political challenge, not a technical one. Unless world leaders treat climate change as the global emergency it is… it may slip beyond our control,” said AOSIS chairperson Hussain Rasheed Hassan.
The environment ministry said the guidance on finance provisions operationalises the obligation of developed countries in providing means of implementation to developing countries and recognises the need for climate finance to be new and additional and climate specific. “Parties have also agreed to initiate the work on setting up the new collective finance goals post-2020 from the floor of USD 100 billion.”
COP24 president Michal Kurtyka said all nations have worked tirelessly and showed their commitment.
“All nations can leave Katowice with a sense of pride, knowing that their efforts have paid off. The guidelines contained in the Katowice Climate Package provide the basis for implementing the agreement as of 2020.”
The UNFCCC said the Katowice package sets out how countries will provide information about their nationally determined contributions that describe their domestic climate actions.
This information will include mitigation and adaptation measures as well as details of financial support for climate action in developing countries.
COP24 was extended till late on Sunday because countries disagreed over the details of the carbon market mechanism (trading in emissions between countries). Currently, many technical issues of the market mechanism have been shifted to 2019 for further discussions.
“High-level talks have disappointed us over and over, but we know that the real solutions lie in local movements and communities that use their votes and voices to hold their governments accountable for solving the climate crisis,” said ActionAid International’s climate change global lead Harjeet Singh. (Courtesy: HT) 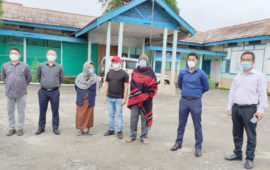 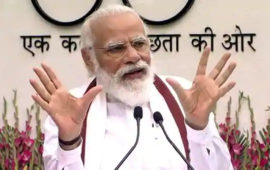