HomeWorld18 miners killed due to excessive carbon monoxide level at a coal mine in China
World
6 months agoDecember 5, 2020carbon monoxideChinaminers 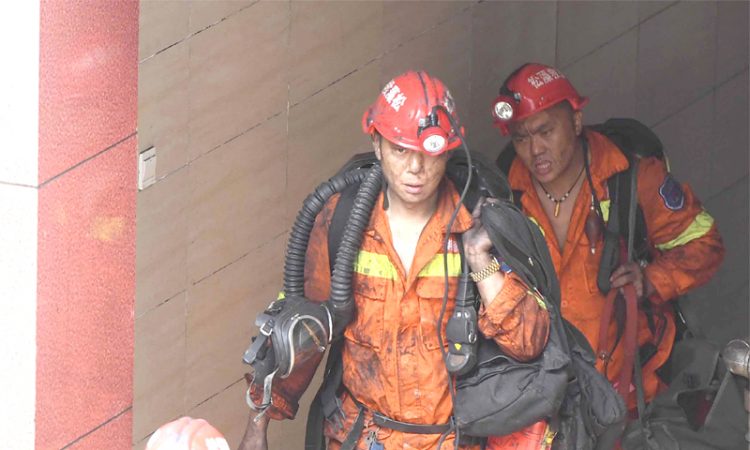 BEIJING, December 5: Eighteen of the 23 workers were killed in a coal mine in China due to an excessive level of carbon monoxide, local officials said on Saturday.
The accident happened at around 5 pm on Friday at the Diaoshuidong coal mine in the district of Yongchuan in Chongqing Municipality, state-run Xinhua news agency reported.
Eighteen miners were confirmed dead due to excessive level of carbon monoxide, it said.
Rescuers, including police officers and firefighters, are trying to reach the trapped miners. The cause of the accident is under further investigation, the report said.
The Diaoshuidong coal mine, which was established in 1975 and became privately-owned in 1998, has an annual production capacity of 120,000 tonnes of coal, according to the local emergency management department.
Hydrogen sulfide poisoning in the mine left three dead and two injured in March 2013, Xinhua report said. (PTI)