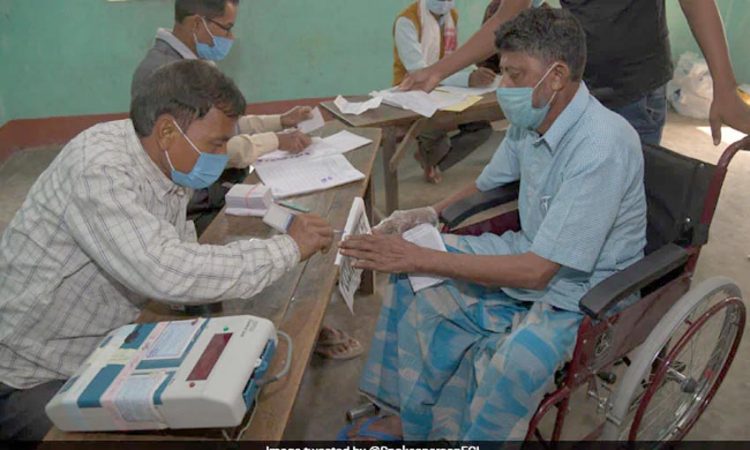 Haflong (Assam), April 5: Total 171 votes were cast in a booth in Assam’s Dima Hasao district, even though 90 people were eligible to exercise their franchise, officials said on Monday, revealing a massive irregularity.

The booth is in the Haflong constituency, which went to the polls in the second phase on April 1.
Haflong witnessed 74% polling.
As the incident came to light, the District Election Officer suspended five poll officials of the booth, set up at 107(A) Khotlir LP School, and proposed a repoll.
However, the official order for re-election at the booth, an auxiliary polling station of the main voting centre at Mouldam LP School, is yet to be issued.
The suspension order by the Deputy Commissioner-cum- District Election Officer of Dima Hasao was issued on April 2, the next day of polling, but it came to light on Monday morning.
Stating “dereliction of duty”, the EC suspended Seikhosiem Lhangum (Sector Officer), Prahlad Ch Roy (Presiding Officer), Parameswar Charangsa (1st Polling Officer), Swaraj Kanti Das (2nd Polling Officer) and Lalzamlo Thiek (3rd Polling Officer) with immediate effect.
The voters’ list of the polling station had 90 names, but 171 votes were cast in the Electronic Voting Machine (EVM), officials told PTI.
“The head of that interior village refused to accept the voters’ list and brought a list of his own. Then, the people of the village voted according to that list,” an official said.

It was not immediately known why the polling officials accepted the village head’s demand and whether there was any security personnel present at the polling station or the role they played. (PTI)