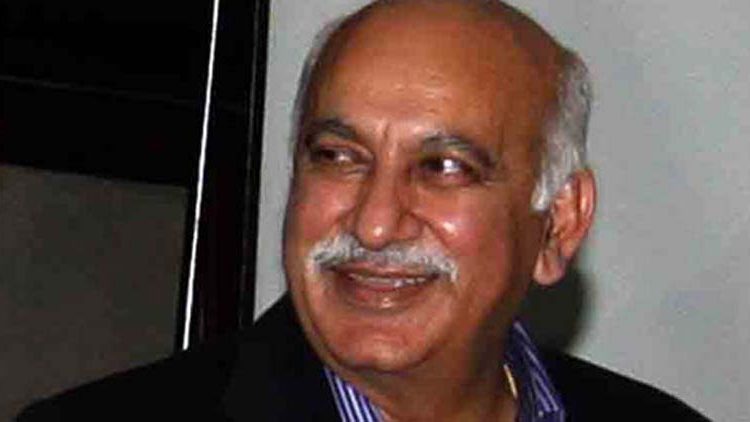 NEW DELHI, October 16: As the #MeToo movement gains ground, 17 women journalists who have worked with ‘The Asian Age’ newspaper, came out in support of their colleague Priya Ramani who has accused Union minister M J Akbar of sexual harassment, said a joint statement issued by them.
The journalists have urged the court to hear their testimonies against Akbar, claiming that some of them suffered sexual harassment by the minister and others have been a witness to it.
“Ramani is not alone in her fight. We would request the honourable court hearing the defamation case to also consider the testimonies of sexual harassment of some of us at the hands of the petitioner, as also of the other signatories who bore witness to this harassment,” the journalists said in the joint statement undersigned by them.
Meenal Baghel who worked for Asian Age (1993 to 1996), Manisha Pande (1993-1998), Tushita Patel (1993-2000), Kanika Gahlaut (1995-1998), Suparna Sharma (1993-1996), Ramola Talwar Badam (1994-1995), Hoihnu Hauzel (1999-2000), Aisha Khan (1995-1998) and Kushalrani Gulab (1993-1997) have signed the statement.
Kaniza Gazari (Asian Age 1995-1997), Malavika Banerjee (1995-1998), A T Jayanthi (1995-1996), Hamida Parkar (1996-1999), Jonali Buragohain, Meenakshi Kumar (1996-2000), Sujata Dutta Sachdeva (1999-2000) and Sanjari Chatterjee are the other journalists to sign the statement.
“What Akbar has demonstrated through his legal actions is his refusal to introspect, acknowledge or atone for his actions that have caused immense pain and indeed harm to many women over the years. He himself, in the meanwhile, continues to enjoy enormous power and privilege as minister and Member of Parliament,” the statement said.
“When Ramani spoke out against him in public, she spoke not only about her personal experience, but also lifted the lid on the culture of ‘casual misogyny, entitlement and sexual predation’ that Akbar engendered and presided over at The Asian Age,” it said.
Many journalists from multiple media platforms have come forward with their stories of harassment against the Minister of State for External Affairs under the social media campaign ‘#Metoo’ against sexual misconduct.
Akbar, however, has denied the allegations and on Monday filed a private criminal defamation complaint against Ramani.
Hours after returning from a trip to Africa, the Union minister issued a statement trashing the charges against him, saying accusations without evidence has become a “viral fever” among some sections.
Ramani Monday asserted that she was ready to fight the defamation complaint filed against her, and expressed disappointment over the minister’s statement, saying it paid no heed to the “trauma and fear of the survivors”.
“I am ready to fight the allegations of defamation laid against me as truth and the absolute truth is my only defence,” she had said. (PTI)