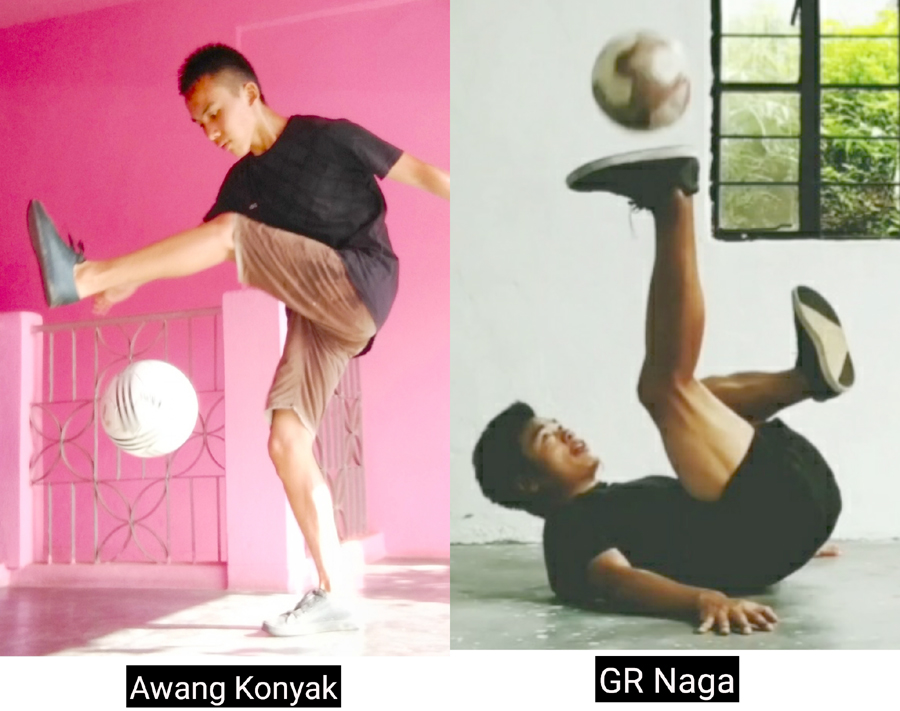 KOHIMA, August 30: 15 year-old Awang Konyak from Mon district was declared as the winner of the first Nagaland Online Freestyle football competition 2020 organised by Naga Manu Production.
While Ruokuokholie Medom (Gr. Naga) from Kohima district was adjudged as the runners-up of the competition. The result were declared on August 30 after undergoing two rounds of selection process by the state footballers, veterans and coaches.
This initiative was taken for footballers to overcome the pandemic lockdown boredom while exploring the untapped talent in the state.
While the online competition was judge by jury panel including based on five main criteria which was difficulty of tricks, all round abilities, originality and flow, execution and control to decide the winner of the competition as the best Freestyler in Nagaland.
The competition saw a huge turnout of 37 participants from the district of Mon, Peren, Phek, Zunheboto, Mokokchung, Kohima, Wokha, Dimapur.
The winner of the competition Awang Konyak recieved a cash prize of Rs. 5,000 sponsored by Kohima Town Club. While, the runners-up GR Naga recieved Rs 3,000 sponsored by Vanguard FC Tseminyu.
Thungcheva Ngullie with more than 50,000 views recieved the highest viewed video on YouTube with a cash award of Rs. 1000 sponsored by Naga Manu Production.
The emerging youngster award was given to 14 year-old Zachenth Ngullie and received a cash of Rs. 1000 sponsored by Life Sports, Nagaland.
All the winners will be receiving Vanguard FC home jerseys and e- certificates.
The other top six players from the online competition included Chuncham Zeliang, Thungcheva Ngullie, Neikethozo Yhome, Wisilubou. Meanwhile, the three youngest players to participate in the online competition are Atou Sumi, Taiwang, Nzangthung Ezung who are all 11 years old.
(Page News Service)