Dimapur, July 14: The 12th NI Jamir Academic Excellence Award programme was held at Molu Ki, Kohima today with Advisor NIDC and Industries & Commerce, Imnatiba as the guest speaker.
The NI Jamir Academic Excellence Award was presented to Sangerbenla Tzudir, 6th rank, Wangshirenla Longkumer, 8th rank, Sentilong Walling, 12th Rank, Yarenbenla, 17th rank and Chubakatila Jamir, 18th rank of the recently conducted HSLC examination by the Nagaland Board of School Education.
Guest Speaker, Advisor NIDC, Industries & Commerce Imnatiba in his address said, “In our country there are still many schools with bad infrastructures and lack of good school teachers which includes our state and we need to improve these schools.”
Recalling the education history of the Ao region, he said that the American Baptist Churches bought the first education which educated the Aos. These educated Aos were able to negotiate with the Indian armies and the higher authorities during the days of Plebiscite in our state by adopting the 16 Point Agreement.
He described N I Jamir as the pioneer in education amongst the Aos who was the first graduate, the first Headmaster in Middle English School, Mokokchung, the first IAS from Ongpangkong range and the first Chief Secretary amongst the Aos. He was also an active member in ABAM church activities and also translated the I and II Chronicles of the Bible from English to Ao language. He encouraged the students that due to his education he was a self developed person who has set himself as an example for others.
He said that so far 47 students have been awarded the N I Jamir Academic Excellence Award but we have no idea about their whereabouts and in which track of future career they are in.
He encouraged the Union and the community to organize an orientation programme about careers to these students and also help develop their characters so that they can contribute to the society.
Regarding educated unemployment problem, he encouraged the unemployed to take up the schemes provided by the government to be self employed.
He also said, “Since Nagaland is very corrupted, we Naga people should develop the feeling of shame so that we feel ashamed and guilty of our wrong doing which can only change our state.”
Former Chief Minister and Governor, Dr SC Jamir while exhorting the gathering stated that the younger generation should not forget the history and roots of the Naga people. He also called on the Aos not to forget their responsibility towards the betterment of Nagaland.
The former Governor questioned the future of Naga people if Nagas were blocked with corruption, arrogance, dishonesty, etc. He stated that one should possess good character with honesty and challenged the youth to rededicated themselves and work for the betterment of Nagaland.
Minister Urban Development and Municipal Affairs, Metsubo Jamir, while speaking on behalf of Lt. NI Jamir’s family congratulated all students who had successfully passed the recently conducted NBSE HSLC examination.
The Minister also thanked the Ongpangkong Union for initiating the NI Jamir Academic Excellence Award. He also cautioned the students not forget to ones mother tongue, culture and traditions as it is their identity.
Short speeches were also presented by Principal, Kohima College, Dr Watijungshi Jamir, President KAT and Chiden Yaden. President KOT, Nungsangmeren Longchar delivered the welcome address while Asst Secy KOT Tesuchang Kichu delivered the vote of thanks.
(Page News Service) 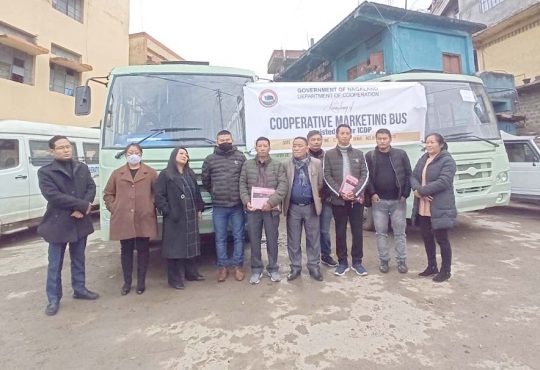 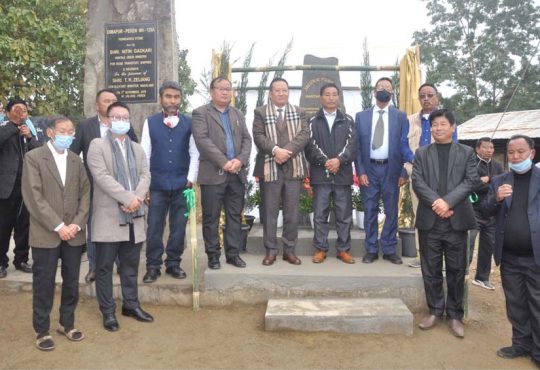 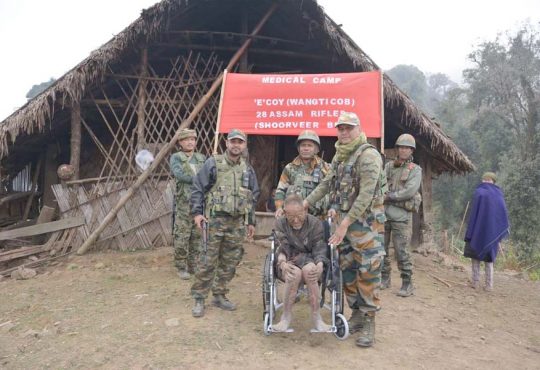