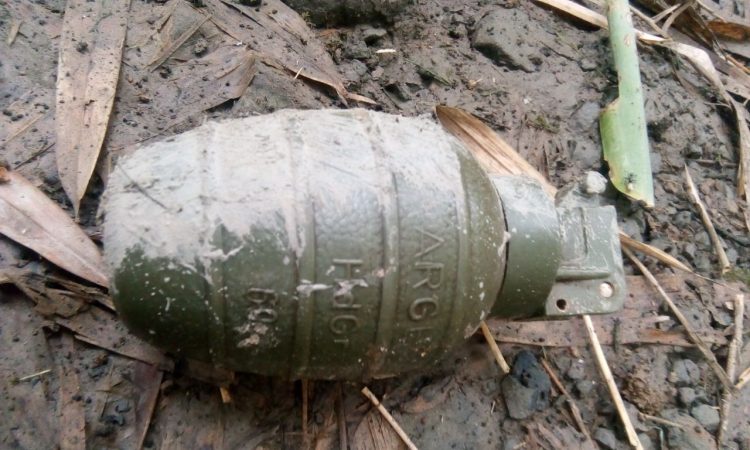 IMPHAL/KOHIMA, JUNE 28: In a major strike against the NSCK (K), the 12 Paras launched an operation at the militant outfit’s camp 3 km inside Myanmar on Wednesday afternoon killing at least 5 militants.
Sources within the security forces told Northeast Now that the 12 Paras attacked the check-post (EW Post) of NSCN (K) situated in the vicinity of Shwelo camp of the outfit inside Myanmar. The gunfight continued for half an hour and “at least 5 NSCN (K) militants were killed in the gun battle.”
The 12 Paras used weapons such as mortar, automatic grenade launcher and rocket launcher to carry out the strike. The operation lasted for 2 hours. The 12 Paras started its operation at 2 p.m. and came back at 4 p.m. after its successful strike. The area of operation was 3 km inside the BP 151. There was no casualty from the Army.
According to news agency IANS, Indian Army commandos attacked an NSCN (K) camp in Myanmar, inflicting some casualties, an army source said on Thursday.
IANS reports that an army official has said “A team of 12 Para Commandos attacked a check post of the National Socialist Council of Nagaland-Khaplang (NSCN (K) situated in the vicinity of its Shwelo camp inside Myanmar on Wednesday. The gunfight continued for half hour.”
The rebels suffered at least 4 to 5 casualties on the NSCN-K rebels, he said, adding there was no casualty on the army side.
According to the official, the area of operation was 3 km beyond border pillar 151 on the India-Myanmar border across Nagaland’s Mon district.
The pursuit of the rebels was undertaken after 3 Assam Rifles personnel and 3 others were wounded in an ambush by NSCN-K rebels in Mon on June 18.
IANS further reports that NSCN (K)’s Deputy Minister, ‘Colonel’ Isak Sumi, confirmed that Indian Army “in huge numbers” crossed Chenmoh village and arrived at the international boundary some kilometres away from the “Naga Army” (NSCN-K) forward post, but were detected.
“On realisation that their presence has already been detected they resorted to blank firings randomly for several minutes to which the Naga Army responded and prevented any further advance. Casualties could not be ascertained,” Sumi reportedly wrote on his Facebook page.
The NSCN (K) faction abrogated a ceasefire signed in 2001 with the Indian Government on March 27, 2015, just a month before the truce was up for renewal.
Subsequently, they went on a killing spree, attacking Indian soldiers in Nagaland and Manipur. The outfit even mounted the deadly ambush on a convoy of the 6 Dogra Regiment in Manipur’s Chandel district on June 4, 2015, killing 18 soldiers.
Following this, the elite army Special Forces personnel entered Myanmar, raided 2 insurgent camps and inflicted “significant casualties”.
(Agencies)