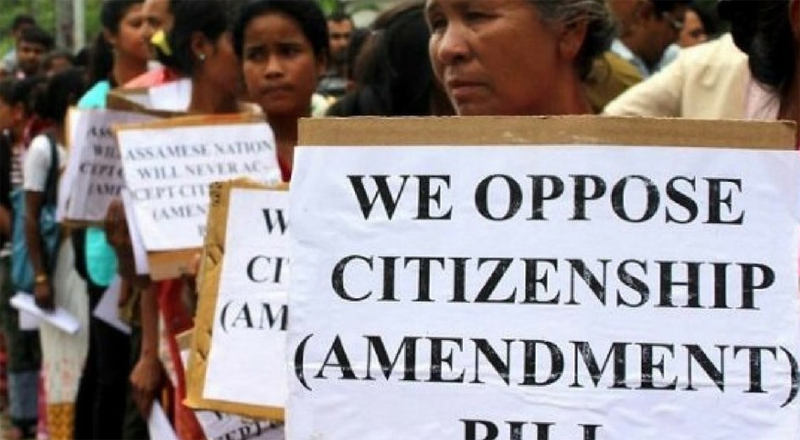 New Delhi, November 29: Twelve non-BJP MPs on Friday urged Prime Minister Narendra Modi to exclude the Northeastern states from the purview of the proposed Citizenship Amendment Bill, saying if it comes into effect the tribal population of the region will be vulnerable to displacement.
The MPs, most of them belonging to the Congress and from the Northeast, said civil society organisations of the region are also opposing the Bill.
“We collectively believe if such a Bill is implemented uniformly across the nation, it will particularly render the indigenous and tribal population of the Northeast vulnerable to displacement,” the letter signed by the 12 members of Lok Sabha and Rajya Sabha said.
Shillong MP Vincent H Pala, who took the initiative to write the letter, told PTI they felt that it was their moral duty to convey the sentiment of the people of the region to the prime minister.
MP from Barpeta (Assam) Abdul Khaleque, another signatory of the letter, said the people in the Northeast have strong reservations about the Citizenship Amendment Bill and hence have been protesting strongly.
“We the undersigned as members of Parliament representing the indigenous tribes of the Northeastern region would like to express our strong objection to the passing and implementation of CAB in our region,” the letter said.
Among those who signed the letter include former Arunachal Pradesh chief minister and Rajya Sabha member Mukut Mithi and Assam’s Nagaon MP Pradyut Bordoloi.
Pala said those who signed the letter are MPs from Assam, Meghalaya, Arunachal Pradesh, Nagaland, Manipur, Mizoram and Sikkim.
BJP MPs from the Northeast — around 15 — did not sign the letter.
BJP MP from Manipur Rajkumar Ranjan Singh had, however, requested the Home Ministry to exempt the northeastern state from the purview of the Citizenship Amendment Bill.
Speaking during the Zero Hour in the Lok Sabha on Thursday, the BJP MP said, “There is a lot of hue and cry in my state of Manipur. People are apprehensive of this new citizenship law. They believe that if this new law is enacted, there will be huge influx of migrants in the state.”
The non-BJP MPs also said in the letter that during the visits of the members of a Parliamentary Standing Committee of the 16th Lok Sabha to the northeastern states, the people had expressed their views which were in line with the demands being put forth by the 12 MPs.
“Therefore, we request you to look into the matter seriously and address our concerns at the earliest,” they said.
Union Home Minister Amit Shah is holding a series of meetings with chief ministers, political leaders and civil society members beginning Friday and discussing with them issues related to the Bill.
The Bill seeks to amend the Citizenship Act, 1955, in order to grant Indian nationality to Hindus, Sikhs, Buddhists, Jains, Parsis and Christians who come to India after facing religious persecution in Bangladesh, Pakistan and Afghanistan even if they don’t possess proper documents.
This was an election promise of the BJP in the 2014 and the 2019 Lok Sabha polls.
A large section of people and organisations in the Northeast have opposed the Bill, saying it will nullify the provisions of the Assam Accord of 1985, which fixed March 24, 1971, as the cut-off date for deportation of all illegal immigrants irrespective of religion.
The Congress, Trinamool Congress, Communist Party of India (Marxist) and a few other political parties have been steadfastly opposing the Bill, claiming that citizenship can’t be given on the basis of religion.
The BJP-led NDA government had introduced the Bill in its previous tenure and got the Lok Sabha’s approval. But the government did not introduce it in the Rajya Sabha, apparently due to vehement protests in the Northeast.
The Bill lapsed following the dissolution of the last Lok Sabha.
According to the earlier Bill, those who came to India on or before December 31, 2014, will benefit from the proposed legislation after it becomes an act.
There is a possibility of changes in the cut-off date too, another official said.
The Modi government has listed the Bill in its items of business for the ongoing Winter Session of Parliament and is set to push for its passage.
The BJP and its Hindutva affiliates have insisted that minorities from the three countries, which include a significant number of Hindus, should be granted Indian citizenship. (PTI)

Kohima, November 29: In protest against the Centre’s move to introduce the contentious Citizenship Amendment Bill (CAB) 2016 in the Parliament, the lone Rajya Sabha MP from Nagaland KG Kenye joined a united opposition front today in New Delhi cautioning the Centre not to impose a dictate on the NE States without thorough consultation with the stakeholders of the region so as to avoid any further controversies which otherwise will snowball into an irreversible catastrophe.
The MP said the CAB is very sensitive to the North East states as the region is bounded by 5 countries and urged the Central Government to re-consider and not to impose CAB.
Kenye who is always vocal on the CAB voiced strong opposition in the Parliament ahead of the Lok Sabha election against the Bill in its original form when the BJP Government in the Centre was determined to pass the Bill in the Upper House against the wishes of the NE States, according to a release issued by PRO to MP Rajya Sabha, Nagaland..
The MP urged the Central Government to review the Bill after thorough consultation with each of the NE states which was overlooked by the Parliamentary Standing Committee of the Lok Sabha in 2018. (Page News Service)

We have highest respect for Governor’s office: NDPP