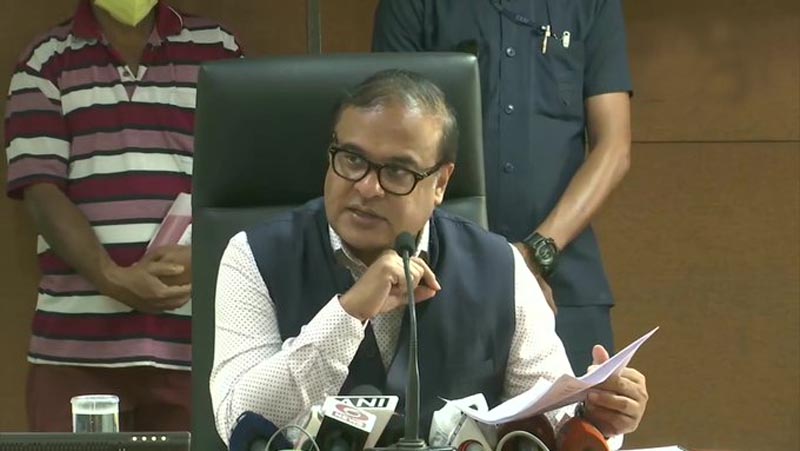 Guwahati, April 1: Twelve more people tested positive for COVID-19 in Assam on Wednesday, taking the total number of such cases in the state to 13, Health Minister Himanta Biswa Sarma said.
All the patients had attended a congregation at Tablighi Jamaat Markaz in Delhi’s Nizamuddin West earlier this month, he said at a press conference.
Assam now has the highest number of cases in the Northeast, followed by Manipur and Mizoram with one case each.
The state has “entered a very critical stage and we have to maintain the lockdown strictly to ensure that the situation does not worsen”, Sarma said.
Nearly 350 people have returned to Assam after attending the congregation in Delhi, which has emerged as an epicentre for spread of the coronavirus in different parts of the country.
Sarma requested those who came in contact with the patients to report to the nearest health facility for their samples to be tested and quarantine themselves.
Of the 12 new patients, four are being treated at the Gauhati Medical College and Hospital (GMCH), while the rest are undergoing treatment at the Jorhat Medical College and Hospital, he said.
One of the four patients at the GMCH is from Nalbari and the other persons are from Jagi Road in Morigaon district, he said.
Details about eight other patients admitted at the Jorhat hospital are yet to be shared.
A person tested positive for the deadly disease on Tuesday and is undergoing treatment at the Silchar Medical College and Hospital, Sarma said, adding that he is a maulana from Karimganj and also a cancer patient.
The minister said that the Centre had given the state a list of 457 people from Assam who had been to the Nizamuddin area and 91 others reported for testing on their own after coming in contact with the people who attended the congregation.
Out of the 457 people, investigations revealed that 134 of them had not attended the congregation but were in the area and their presence were detected by mobile phone towers. Another 68 did not return to Assam and are in Delhi, Lucknow and other places, he said.
There are 347 people now in Assam, who returned from the congregation by March 16, and out of them, 230 people have been located so far, while the remaining could not traced as their mobile phones were switched off and their family members did not cooperate, the minister said.
“The situation is very dangerous and we appeal to all who had gone to the congregation and also those who have come in contact with them to give their swab samples for testing and quarantine themselves,” he said.
The samples of those traced have been taken and sent for testing.
“Even those who are found to be negative will be kept in quarantine,” he added.
The contact tracing of those who have tested positive have begun as “we know that they did not quarantine themselves and went to different places in connection with their trade”, Sarma said.
“We appeal to the people not to hide where they went but quarantine themselves and get tested along with those who have come in contact with them,” he urged. (PTI)