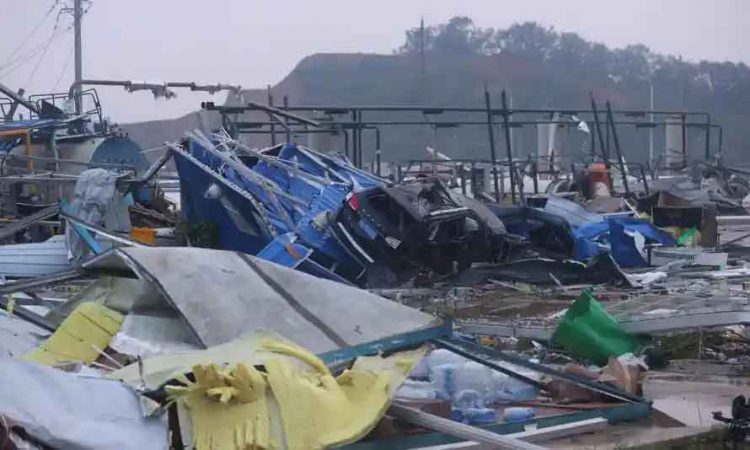 Beijing, May 15: Twelve people were killed and over 300 injured when two powerful tornadoes walloped Chinese cities of Wuhan and Suzhou on Friday night, leaving a trail of destruction of houses and factories.

Eight people were killed and over 230 injured when a tornado, packing winds of 23.9 meters per second, ripped through the Caidian District of Wuhan on Friday night, toppling some construction site sheds and snapping a large number of trees.
The tornado collapsed 27 houses, while another 130 were damaged. Two tower cranes and 8,000 square meters of construction site sheds also suffered damage, state run Xinhua news agency reported.
The tornado blew down power lines, triggering a power outage that has affected 26,600 households in Wuhan. The local power grid has sent staff to fix the glitches and repair works are still going on.
Four people were killed and 19 others injured after a tornado hit the city of Suzhou in east China’s Jiangsu Province on Friday, according to local authorities.
In Suzhou, the tornado damaged 84 households and 17 companies. It also caused power outages, the bureau added.
The tornadoes came as a surprise to the locals as it is quite rare in the region. (PTI)