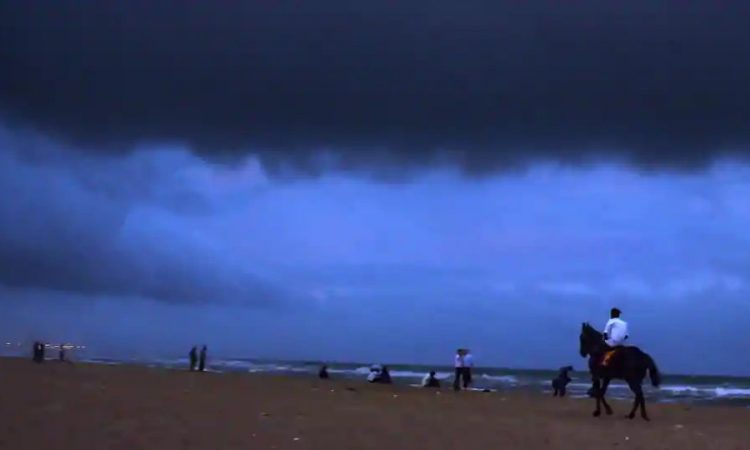 Dark clouds hover over Marina beach before the arrival of cyclone 'Gaja', in Chennai, on Thursday

Shillong, April 18: Over 10,500 families in 700 odd villages of Meghalaya have been affected after a cyclonic storm ravaged the state in the past three days leaving many of them homeless, officials here said Thursday.
Three persons suffered minor injuries during the storm on Wednesday in West Garo Hills district.
About a 100 school buildings and few community halls were destroyed by the storm that lashed the districts along the Indo-Bangladesh border.
Revenue Minister Kyrmen Shylla reviewed the situation at a high level meeting attended by Chief Secretary P S Thangkhiew on Thursday.
“The total number of households affected by the cyclone is 10,554 in 700 villages,” a senior revenue department official said after the meeting.
Relief materials have been distributed to the affected families.
Power supply in parts of West Garo Hills, South West Khasi Hills and Ri-Bhoi districts has been disrupted and efforts are on to restore it, the official said.
West Khasi Hills, East Jaintia and West Jaintia Hills districts were also affected by the storm.
Shylla directed the deputy commissioners to reach out to all the affected families especially those in far flung areas.
The chief secretary also asked them to submit detailed assessment reports at the earliest, the official said. (PTI)